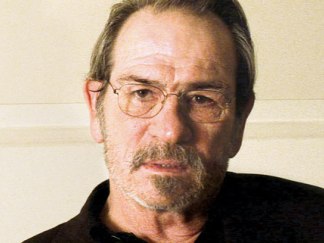 Director Kevin Rafferty is renowned for his wit and fresh perspectives on American culture. He previously re-purposed Cold War archival footage for The Atomic Caf~~, served as a cameraman to first-time director Michael Moore on Roger and Me and captured the unguarded comments of politicians in Feed.

In Harvard Beats Yale 29-29, Rafferty takes us into the world of America’s Ivy League universities via a 1968 football match that had a highly unexpected outcome. He interviews players on both sides, who “~ in addition to talking about the game “~ summon the socio-political milieu of the time, recollecting their thoughts on issues like Vietnam, birth control and student insurrection. These testimonies interweave with remarkable footage of the game, an erstwhile style of college play that possessed a grace lacking in today’s professional football.

Several aspects of this particular game resonate in the wider culture of 1968. At Harvard, the team included actor Tommy Lee Jones, who recalls a campus where “ideas were flying like bullets.” At Yale, the student comic strip, Doonesbury, introduced a jock character named B.D., inspired by Brian Dowling, the school’s star quarterback. And players from either side were roommates with Al Gore (Harvard) and George W. Bush (Yale). As the football game is obsessively dissected, the reflections feel eerily comparable to what took place after the 2000 presidential election.

Although such details do not surface in the film, Rafferty himself went to Harvard, and happens to be the first cousin of George W. Bush “~ though he has different politics. At their prep school, Rafferty played football and Bush was a cheerleader. Rafferty’s evident familiarity with the Ivy League environment grants the interviews an intimacy not often found in historical documentaries. As the former teammates (now pushing sixty) look back on their youth, they demystify the prestige of their elite universities. It becomes clear that no matter where you go to school, sometimes you win, sometimes you lose and sometimes it’s hard to tell.

About the director:
Kevin Rafferty was born in Boston and studied architecture at Harvard and film at the California Institute of the Arts. He served as a cinematographer on Hurry Tomorrow (75), Roger and Me (89) and the feature film Good Money (96). He produced, directed and edited his debut documentary feature The Atomic Caf~~ (82, co-director), and has since directed (and often produced) several documentaries, including Blood in the Face (91, co-director), Feed (92, co-director), The Last Cigarette (99, co-director), Who Wants to Be President? (00, co-director) and Harvard Beats Yale 29-29 (08).