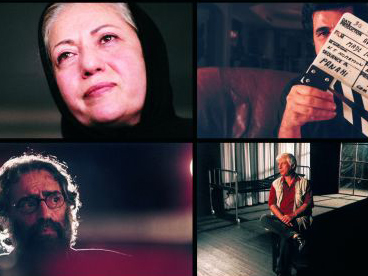 Every country’s cinema deserves a history as good as this. IRAN: A CINEMATOGRAPHIC REVOLUTION traces the evolution of Iranian film and its relation to the country’s political and social milieu. A dazzling array of film clips is intercut with remarkable archival footage of Iran during periods of both war and peace.

Director Nader Takmil Homayoun extracts marvellous interviews from top Iranian directors and film historians about the country’s progression of cinematic movements. Whether you’ve seen dozens of Iranian films or none, their eloquent storytelling will make you feel like an expert.

Filmmaker Mohsen Makhmalbaf supplies one of the most memorable interviews, observing that the prohibition of American movies in his country allowed Iranian filmmakers to develop their own visual language. That’s the only positive thing he can say about censorship. “Why are ninety per cent of cinemas in the grip of Hollywood?” he asks, “Do other countries not have thinkers or images, dreams or sorrows?” By the end of this documentary, you’ll be hungry for more.