IRAN: IMAGES FROM THE UPRISING (aka BASSIDJI) 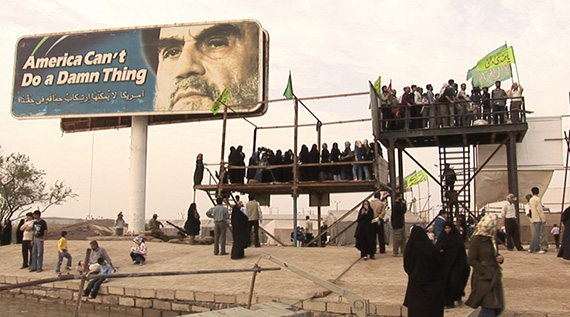 When we were preparing the STF schedule this summer, we knew we wanted to commit a date to exploring recent events in Iran. We just didn’t know what we could show.

Now we’re thrilled to announce this event will showcase a special sneak preview of the film BASSIDJI, fresh from its premiere at the Toronto International Film Festival. The film explores the ideology behind the Iranian militias who cracked down on reformists this past summer. We originally gave a generic title to this evening “Iran: Images from the Uprising” and that name is already coded on Movietickets.com and in our promotional materials. So look for that phrase when buying tickets, knowing that it refers to BASSIDJI.

BASSIDJI’s director Mehran Tamadon can’t join us for the event, but we will have a Q&A with Iranian filmmaker Hamid Rahmanian (THE GLASS HOUSE) who will offer his perspective on current events in Iran.

Here’s the description of BASSIDJI from the Toronto International Film Festival: