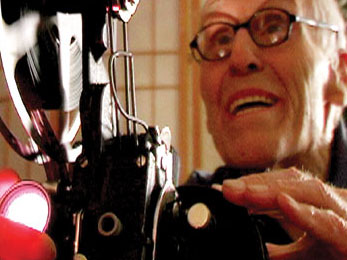 Barney Rosset is one of the great unsung heroes in post-war America’s battle for free expression. As publisher of Grove Press and the Evergreen Review, he challenged obscenity bans against Lady Chatterley’s Lover, Tropic of Cancer, Naked Lunch and more, repeatedly risking his company on court battles. His literary and political instincts led him to publish works as diverse as Samuel Beckett’s Waiting for Godot and The Autobiography of Malcolm X. His love of film spurred him to produce Strange Victory, a 1948 documentary about post-war racism. Later, he fought censors as far as the Supreme Court to distribute the risque 1967 Swedish film I Am Curious (Yellow).

Going strong in his eighties, Rosset gives delightfully frank interviews. Friends and colleagues weigh in with equal candour as do such witnesses to the times as Erica Jong, Jim Carroll and John Waters. The film is packed with cultural history revelations and Rosset’s equally compelling personal history. His life was radical from an early age. At an experimental Chicago high school in the thirties, Rosset~s teacher arranged for him to lose his virginity to another student; he also published a school paper, Anti-Everything, with classmate Haskell Wexler (who went on to a career as an Academy Award-winning cinematographer). As a college freshman, he wrote a paper about his literary hero – presaging his defence of Tropic of Cancer – called “Henry Miller vs. Our Way of Life.”

Screw publisher Al Goldstein calls Rosset the “most fucked-up businessman in all of America.” Born to a wealthy banker, Rosset spent all his money on his passions. Ultimately, he sold off hundreds of acres in the Hamptons until he was left with very little and lost control of Grove Press. Now that’s obscene. But he maintains a warm outlook, describing his career as “the art of nourishing the accidental.”

About the director: Neil Ortenberg was raised in Chicago. He was a founder of two publishing houses and co-edited the 2004 compendium The Outlaw Bible of American Literature. Obscene (co-director, 07) is his directorial debut.