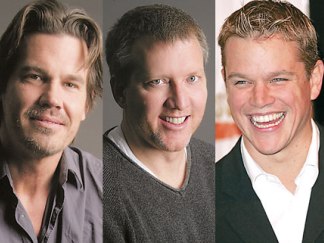 Howard Zinn taught us to look at history with fresh eyes. His landmark book A People’s History of the United States, first published in 1980, has sold one and a half million copies around the world and inspired innumerable fresh approaches to reflecting on the past. Now comes a unique documentary collaboration between Zinn and others. They have enlisted an extraordinary lineup of actors, including Viggo Mortensen, Danny Glover, Marisa Tomei and Kerry Washington, who contribute live stage performances of historical testimonies. The actors portray labour leaders, civil rights demonstrators and other activists, whose stories are drawn from Voices of a People’s History of the United States, an anthology edited by Zinn and Anthony Arnove that was published in 2004. In their introduction to the book, they wrote, “Whenever injustices have been remedied, wars halted, women and blacks and Native Americans given their due, it has been because “~unimportant’ people spoke up, organized, protested and brought democracy alive.”

Zinn and Arnove are bringing this work to film with the support of Matt Damon and Chris Moore, who previously collaborated as producers on the television series Project Greenlight, and whose formidable powers as producers enabled them to greenlight such a unique project. In this special Mavericks presentation, the audience will be treated to a sneak preview of clips from the documentary The People Speak, along with a discussion on stage between Zinn, Damon, Moore and actor Josh Brolin (who performs in the project) about the process and their motivations. This continues a Mavericks tradition of giving Festival audiences a sneak peak at works-in-progress. In 2006, Michael Moore tried out early clips of Sicko, and in 2007, Larry Charles and Bill Maher showed samples of Religulous, which premieres at this year’s Festival.

The People Speak combines archival footage with new performances, the actors embodying voices full of courage and passion. For anyone who found school-book history dull, this version is an invigorating change.