THE SELLING OF THE PENTAGON 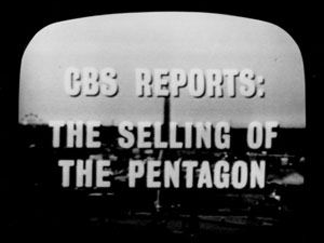 Before director Peter Davis won the Academy Award for his Vietnam doc HEARTS AND MINDS, he explored the points of Senator William Fulbright’s book The Pentagon Propaganda Machine in this 1971 documentary for CBS Reports. They don’t make ’em like this any more. The critical issues haven’t gone away, as the New York Times recently published a major story about Pentagon propaganda relating to Iraq. Davis, who currently lives in Cambridge, MA, makes a special trip to New York to discuss the film.