WHAT REMAINS: THE LIFE AND WORK OF SALLY MANN 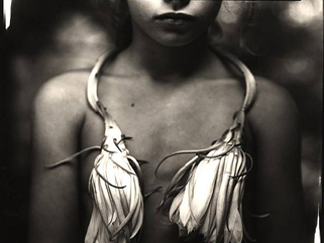 “One of the most exquisitely intimate portraits not only of an artist’s process, but also of a marriage and a life.” (New York Times)

“Surprises lurk around every corner in Steven Cantor’s gorgeous and inspiring portrait of the artist Sally Mann.” (London Times)

Directed and produced by Emmy~~-winner Steven Cantor, WHAT REMAINS: THE LIFE AND WORK OF SALLY MANN follows Mann as she embarks on a new project, exploring the subject of death and inevitable decay.

Her newest undertaking, the provocative photo series “What Remains,” is a meditation on death that explores the way in which nature assimilates the body once life has left it, while directly confronting American attitudes towards dying. It includes: new photographs examining the scars left on her property after an armed fugitive was hunted down by the police and then shot himself; ominous landscapes from the Civil War battlefield of Antietam; a forensics study site showing the process of human decomposition; images of the bones and skin of a beloved, long since departed pet greyhound; and, in a closing, life-affirming gesture, close-up portraits of her children.

In 1991, USC Film School graduate Steven Cantor discovered the work of fast- rising photographer Sally Mann. With her blessing, he made a short “behind the scenes” piece as she took a series of portraits of her children, which she titled “Immediate Family.” This series catapulted her to the status of art world icon, while Cantor’s short, BLOOD TIES, premiered at Sundance and was nominated for an Oscar~~.

WHAT REMAINS, their latest collaboration, was shot over five years and incorporates footage from that original film. Revisiting the subject of BLOOD TIES Mann discusses the controversy surrounding her highly praised work, and the series’ subjects – Mann’s now-grown children Emmett, Virginia and Jessie, who also offer their thoughts. Both Mann and Cantor felt that bringing clarity and closure to the decade-old issue was essential to the new project. However, this is only a prelude to the main subject of the film, which deals with Mann’s life as an artist and the ongoing challenges she faces.

Sally Mann has won numerous awards, including three National Endowment for the Arts fellowships and a Guggenheim fellowship. Her photographs have been exhibited internationally and are in the permanent collections of major museums worldwide, including the Corcoran Gallery of Art in Washington, D.C., the Museum of Modern Art and the Metropolitan Museum of Art in New York. Time magazine named Mann as America’s best photographer in 2001. She currently lives in Virginia with her family and seven rescued greyhounds.

Director and producer Steven Cantor is a founding partner of Stick Figure Productions. In addition to his Oscar~~ nomination for producing and directing BLOOD TIES (1994), he received an Emmy~~ nomination for producing HBO’s DEVIL’S PLAYGROUND (2003) and won an Emmy~~ for his film WILLIE NELSON: STILL IS STILL MOVING. Cantor recently executive produced and directed the HBO series FAMILY BONDS and co- directed the feature film loudQUIETloud: A Film About the Pixies.