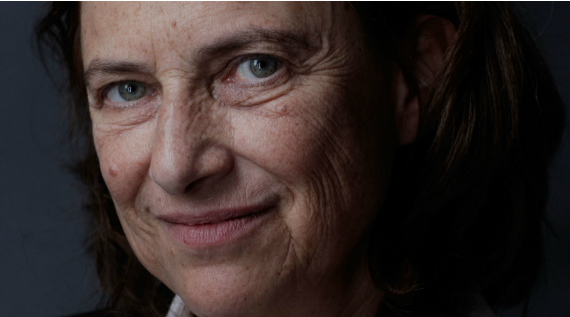 While Akerman’s death weighed heavy over the New York Film Festival’s proceedings, Paul Thomas Anderson’s JUNUN made its world premiere to favorable reviews from Washington Post’s Jake Coyle, Nick Schager at Variety and David Jenkins at Little White Lies. Now available to watch on MUBI, the film is the first major film release for the cinephile focused streaming company. Reporting for Fast Company, KC Ifeanyi spoke with MUBI founder and CEO Efe Cakarel about how this new platform release came into being. Other reviews coming out of NYFF included a pair of pieces on Michael Moore’s WHERE TO INVADE NEXT from Odie Henderson at Movie Mezzanine and Daniel Walber at Nonfics. Walber also reviewed Walter Salles‘ JIA ZHANGKE: A GUY FROM FENYANG.

Selected as WNYC’s Documentary of the Week, Lyric R. Cabral and David Felix Sutcliffe’s (T)ERROR has finally reached theaters after its existence was threatened by mounting legal expenses. In his review of the film for Vulture, Bilge Ebiri wrote, “(T)ERROR, like the punctuation in its title suggests, goes from being a tense procedural and absorbing character study to an astonishing, real-life satire about the surveillance state. You won’t know whether to laugh or cry.” At indieWIRE, Rodrigo Perez called the film “deeply intimate and remarkable,” while The New York Times’ Ken Jaworowski and RogerEbert.com’s Brian Tallerico also covered the film.

Having hit Netflix this past week, Evgeny Afineevsky’s WINTER ON FIRE: UKRAINE’S FIGHT FOR FREEDOM continues to draw attention, receiving reviews from Kenneth Turan in The Los Angeles Times, Godfrey Cheshire on RogerEbert.com and indieWIRE’s Ken Guidry. Rodney Ascher’s THE NIGHTMARE also reached British theaters last week and was subsequently covered by David Jenkins in Little White Lies and The Guardian’s Peter Bradshaw. Other docs reviewed this week included Bryan Carberry and J. Clay Tweel’s FINDERS KEEPERS, by Donna K. at Hammer to Nail, Abigail Disney’s THE ARMOR OF LIGHT, by Sarah Pulliam Bailey in The Washington Post, and Ricki Stern and Annie Sundberg’s IN MY FATHER’S HOUSE, which was named a NYT Critics’ Pick by Jeannette Catsoulis and written about by Mark Jenkins in The Washington Post. And while not reviewed, HE NAMED ME MALALA director Davis Guggenheim was interviewed by Michael O’Sullivan, also of The Washington Post.

Several notable shorts popped up online this week, including the third piece by the newly founded Field of Vision doc unit, THE ABOVE by director Kirsten Johnson. Op-Docs published Shiho Fukada’s STRAY BULLET, while elsewhere on The New York Times website both Brent and Craig Renaud’s BETWEEN BORDERS: AMERICAN MIGRANT CRISIS and Johan Bromwich’s STRETCH AND BOBBITO: RADIO THAT CHANGED LIVES were posted.

This week I leave you with an excellent in-depth article by James Wolcott in Vanity Fair plainly titled, “Why No Documentary Will Be Able to Truly Capture the 2016 Presidential Contest.” Until next week, if you have any tips or recommendations for the Memo, please contact me via email here, or on Twitter, @Rectangular_Eye. I look forward to hearing from you!