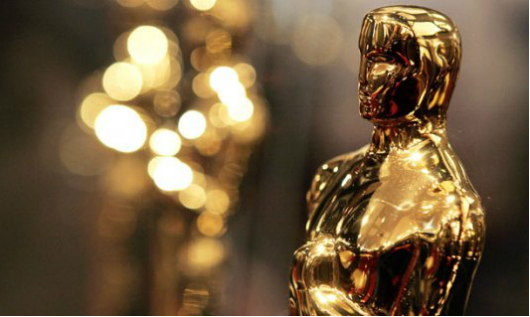 Thankfully, the Oscars weren’t the only awards talked about this week. The Critic’s Choice Awards were handed out following the Oscar nominatons, at which LIFE ITSELF was named Best Documentary Feature. Adam Benzine reported on the event for Realscreen, as did Erik Pedersen for Deadline and various writing staff for Variety. The Gay and Lesbian Entertainment Critics Association also announced their nominations for the Dorian Awards, including THE CASE AGAINST 8, CITIZENFOUR, ELAINE STRITCH: SHOOT ME, LIFE ITSELF and REGARDING SUSAN SONTAG for Documentary of the Year. Alicia Banks covered the story for The Wrap,  as did Gregg Kilday for The Hollywood Reporter. And last but not least, the Director’s Guild of America announced their nominations for best documentary, which include CITIZENFOUR, THE KILL TEAM, FINDING VIVIAN MAIER, THE OVERNIGHTERS and VIRUNGA. Dave McNary wrote up the announcement for Variety, while Kevin Ritchie did the same for Realscreen.

With Alex Ritman at The Hollywood Reporter and Kat Brown at The Telegraph breaking the news that the Sundance Film Festival offshoot Sundance London has been cancelled this year, we have better reason to take a closer look at the Park City original which begins later this week. Throughout the last week, Casey Cipriani and Shipra Gupta at Indiewire have been profiling filmmakers soon to have new films premiere at Sundance, including Liz Garbus (WHAT HAPPENED, MISS SIMONE?), Michael Beach Nichols and Christopher K. Walker (WELCOME TO LEITH), Marc Silver (3½ MINUTES), Rodney Ascher (THE NIGHTMARE), Amy Berg (PROPHET’S PREY) and Kim Longinotto (DREAMCATCHER). Also at Indiewire, Paula Bernstein put together an in-depth infographic about various stats surrounding the festival over the last few years.

At an even greater clip, Sundance associate programmer Basil Tsiokos continues to preview the festival’s non-fiction line-up at What (not) To Doc with pieces on THE NIGHTMARE, WHAT HAPPENED, MISS SIMONE?, TIG, PROPHET’S PREY, MOST LIKELY TO SUCCEED, THE MASK YOU LIVE IN, KURT COBAIN: MONTAGE OF HECK, IN FOOTBALL WE TRUST, THE HUNTING GROUND, GOING CLEAR: SCIENTOLOGY AND THE PRISON OF BELIEF, FRESH DRESSED, DRUNK STONED BRILLIANT DEAD: THE STORY OF THE NATIONAL LAMPOON, THE BLACK PANTHERS: VANGUARD OF THE REVOLUTION, BEAVER TRILOGY PART IV and what looks like one of the most visually unique of them all, THE VISIT.

In advance of the festival, Alexandra Shiva’s documentary on autism, HOW TO DANCE IN OHIO was picked up by HBO. Adam Benzine had the story for Realscreen, as did Patrick Hipes for Deadline and Shipra Gupta for Indiewire. Meanwhile, Alex Ritman at The Hollywood Reporter broke news that Alex Gibney’s muckraking Scientology doc GOING CLEAR: SCIENTOLOGY AND THE PRISON OF BELIEF saw its international sales rights purchased by Content Media, despite the fact that a lengthy report from Michael Cieply at the New York Times was published on how the Church of Scientology is already taking aim at the film before its impending premiere. Also in precautionary outrage, its being reported by Don Kaplan at the NY Daily News that Robert Durst’s family is demanding to see Andrew Jarecki’s THE JINX prior to its release, fearing “that he wants to kill — their reputations.”

Also on the topic of film festivals, Wanda Bershen writing for IDA reflected on the much appreciated abundance of female filmmakers at DOC NYC 2014. Also, according to Rene Rodriguez at the Miami Herald, director Billy Corben’s bare-knuckle backyard fight circuit doc, DAWG FIGHT, is set for a world premiere at the Miami International Film Festival this coming March.

In non-award or festival related articles, Robert Greene posted an excellent reflection on MANAKAMANA over at The Talk House, Christopher Campbell posted his list of the Best Non-Fiction Movie Moments of 2014 on NonFics, and Stuart Jeffries wrote an incredible piece for The Guardian on the troubling history behind André Singer’s Holocaust doc, NIGHT WILL FALL. Over at the POV Blog, Rebecca Swanberg also published a great interview with Pacho Velez and Sierra Pettengill, who are programming the coming Flaherty NYC Winter/Spring 2015 Series at Anthology Film Archives.

Lastly, looking forward to this week, don’t forget that FAR OUT ISN’T FAR ENOUGH screens at tonight Stranger Than Fiction with its subject Tomi Ungerer and director Brad Bernstein in person at the IFC Center. Tomorrow, the 8th annual Arthouse Convergence kicks off gathering independent exhibitors and festival organizers for workshops on strengthening their business. You can check out a preview of the event here. Thursday the 2015 Sundance Film Festival begins. To follow the action as it unfolds, see @1basil1’s Twitter list of Sundance filmmakers and watch the feed of STF’s own @thompowers. Thom will be in Park City moderating various panel discussions with doc filmmakers throughout the week for the Sundance Doc Club.

If you have any tips or recommendations for the Memo, please contact me via email here, or by Twitter, @Rectangular_Eye. I look forward to hearing from you!