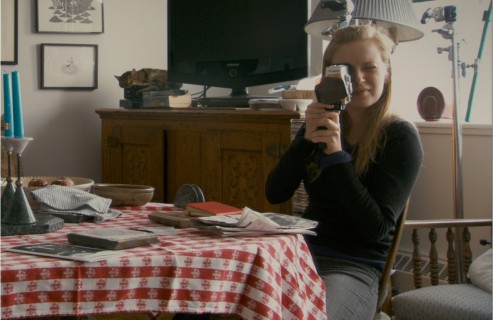 On Wednesday, the Chinese Realities/Documentary Visions program at the Museum of Modern Art kicked off. At his What (Not) to Doc blog, Basil Tsiokos provided an overview of the series, which runs until the end of May. Anthony Kaufman also took on the film program for his weekly Docutopia post at the SundanceNOW blog.

YouTube launched its much anticipated paid channel test program this week, with Barry Walsh of Realscreen reporting the details. Alex Ben Block of The Hollywood Reporter also reported that Cinedigm had launched a paid YouTube channel for its Docurama brand as part of the effort.

The New York Times also launched its own online doc effort, this one in conjunction with nonprofit doc outfit Retro Report. Adario Strange of PC Mag as well as Laura Hazard Owen of paidContent reported on the news.

Barry Walsh of Realscreen had details on the lineup at this year’s Sheffield Doc/Fest, which includes PUSSY RIOT: A PUNK PRAYER among others. Someone over at The Knowledge Bulletin took the time to interview Doc/Fest programmer Hussein Currimbhoy on the films that move his spirit.

Michael Ciepley of the New York Times wrote on the challenges facing director Shane Salerno and The Weinstein Company regarding their doc SALINGER, about the reclusive author J.D. Salinger.

Alex Gibney this week fired a broadside at a few of those who have criticized his film WE STEAL SECRETS: THE STORY OF WIKILEAKS; Mike Hogan had the details for The Huffington Post.

Back at Realscreen, Kelly Anderson interviewed I WILL BE MURDERED director Justin Weber, whose film recently premiered at Hot Docs.

VENUS AND SERENA earned a review from A.O. Scott of the New York Times. And over at the Documentary Channel blog, Christopher Campbell interviewed directors Maiken Baird and Michelle Major on their film.

At About.com Jennifer Merin had details on Kartemquin Film’s Spring Showcase, set to take place on May 19 in Chicago. Kartemquin was also in the news this week after Steve James’ film THE INTERRUPTERS was named the recipient for the Malott Prize for Recording Community Activism.

Basil Tsiokos had his regular tally of festival overviews for his What (Not) to Doc blog. This week’s offerings included one for Warsaw’s Planete + Doc festival, as well as one on DOK.fest Munich.

Wendy Mitchell of Screen Daily reported that Joshua Oppenheimer would follow up his well-regarded film THE ACT OF KILLING with another similarly themed one titled THE LOOK OF SILENCE.

Writing for the New York Times, Tom Roston checked in with Oscilloscope Laboratories to see how the distro outfit was fairing at the death anniversary of founder Adam Yauch.

At the Wall Street Journal’s India Realtime blog, Aarti Virani wrote a nice piece on Nisha Pahuja’s film THE WORLD BEFORE HER.

Writing for Indiewire’s ReelPolitik column, Anthony Kaufman detailed the attacks waged against the film AFTER TILLER and its subjects.

At Filmmaker Magazine, Nick Dawson had the details on this year’s BAMcinemaFest, which features a number of great docs.

Bryan Abrams of The Credits interviewed director Jamie Meltzer on his new project FREEDOM FIGHTERS and a number of other subjects.

Back at Filmmaker Magazine, Jessica Vale shared a story of how she was stymied in her efforts to make a documentary in Liberia about a medical mission.

Jaya Mahajan had a great piece on the making of the interactive doc Bear 71 at her blog, Factual For Asia. And the POV blog republished an interview with Loc Dao and Hugues Sweeney of the NFB originally conducted by Hal Siegel for StoryCode.

Filmmaker Magazine published the latest installment of its New Digital Storytellers interviews conducted by the MIT Open Documentary Lab, this one with Katerina Cizek, currently the director of the NFB’s HIGHRISE project.

The Open Doc Lab also announced that it was launching a Research Forum to foster discussion and debate on new documentary arts.

That’s it for this week. Please send any tips or recommendations for the Memo via e-mail here, or via Twitter to @GuerrillaFace. Thanks and have a great week.