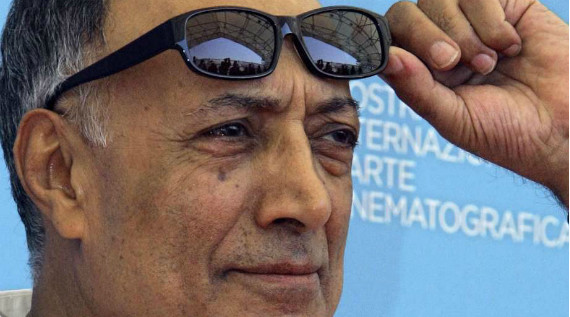 Heidi Ewing and Rachel Grady’s NORMAN LEAR: JUST ANOTHER VERSION OF YOU finally reached theaters on Friday, gleaning warm reviews from Andy Webster in The New York Times, Christopher Campbell at Nonfics and Joshua Brunsting at Criterion Cast. The film was also selected as WNYC‘s Documentary of the Week, received an Op-Docs preview in the form of a short called NOT DEAD YET, and Ewing and Grady appeared in conversation with Thom Powers on the latest episode of Pure Nonfiction. Reflecting on their previous work, Josiah Hesse published a piece in The Guardian looking at the lives of the kids who appeared in their film JESUS CAMP, 10 years later.

The most written about film this past week was most definitely Alex Gibney’s frightening ZERO DAYS, which Stephen Holden named a NYT Critics’ Choice, while Flavorwire’s Jason Bailey proclaimed that it the summer’s scariest film. Other pieces cropped from NPR’s David Shapiro, Film Comment’s Michael Sragow, and two at the Los Angeles Times by Justin Chang and Steven Zeitchik. And at Hammer to Nail, Christopher Llewellyn Reed sat down with the director at AFI DOCS to discuss his latest piece of cinematic journalism.

Other reviews that appeared this week include a pair of rave reviews of Vitaliy Manskiy’s UNDER THE SUN from IndieWire’s Eric Kohn and The New York Times’ Glenn Kenny, Guy Lodge‘s take on Alma Har’el’s LOVETRUE at Variety, Claudia Puig‘s glowing review of NUTS! for The Wrap, and Amelia Gentleman‘s piece on the BBC series EXODUS in The Guardian. At Hammer to Nail, Christopher Llewellyn Reed stacked up another pair of reviews for THE WITNESS and DO NOT RESIST, while two pieces on Judd Apatow’s new 30-for-30 film DOC & DARRYL turned up twice in The New York Times via Neil Genzlinger and Richard Sandomir, as well as in the Los Angeles Times thanks to Steven Zeitchik.

As Pokémon Go has taken over the world of augmented reality gaming, i-Docs has published its 2016 panel, “VR – Inventing the Medium,” to be watched online in full. And thanks to doc director Tony Kaye, Paul McCartney now appears in the world of VR docs via his new piece EARLY DAYS, over at Pitchfork.

I’ll leave you this week with Manori Ravindran‘s pivotal two part piece at Realscreen detailing the personal financial realities of documentary filmmaking and John Anderson‘s complimentary examination of doc financing found in The New York Times. As usual, if you have any tips or recommendations for next week’s Memo, please contact me via email here, or on Twitter, @Rectangular_Eye.