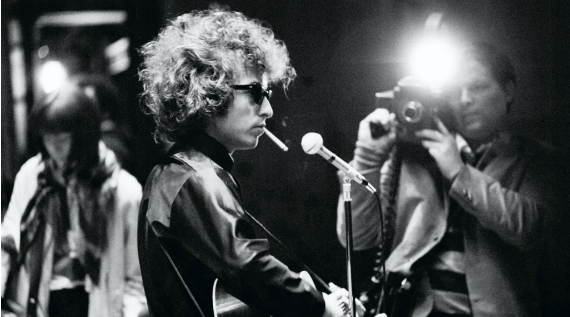 The momentum of awards season is increasing, as The Producers Guild of America named its five doc nominees for the 27th Annual Producers Guild Awards. Anne Thompson broke the news via indieWIRE, as did Dave McNary at Variety, Gregg Kilday at The Hollywood Reporter, Erik Pedersen for Deadline and Daniele Alcinii of Realscreen. The Independent Spirit Awards also announced their doc nominees, as reported by Flavorwire’s Moze Halperin, Realscreen’s Barry Walsh and Christopher Campbell at Nonfics. Between the two sets of nominees, THE LOOK OF SILENCE and MERU are the only repeats. While THE HUNTING GROUND received a nomination for the PGAs, it also had its primetime premiere on CNN last week, the film nabbed “the highest average [rating] for cable news networks during the nearly two-hour period” according to Richard Sandomir in The New York Times.

And while there was a variety of theatrical coverage that cropped up online this past week, the most widely regarded doc this week came exclusively on the small screen via Showtime’s premiere of Gedeon and Jules Naudet’s THE SPYMASTERS: CIA IN THE CROSSHAIRS. The film received a swath of substantial features from the likes of David Bauder in The Washington Post, Brian Moylan for The Guardian, and Mark Mazzetti of The New York Times. Adding to the conversation, Salon’s Andrew O’Hehir, The Los Angeles Times’ Meredith Blake, Variety’s Brian Lowry and Wall Street Journal’s John Anderson each published insightful reviews of the film.

I don’t think I’ve mentioned any books in previous Monday Memos, but I thought it worth a mention to highlight the release of Kelley Conway’s new study of Agnès Varda’s life and work, newly published as part of The University of Illinois Press’ Contemporary Film Directors series. Film theorist David Bordwell also took the time to piece together some loving thoughts on the book at his blog.

For filmmakers looking for doc development help or upcoming festival submission dates, the European Documentary Network has updated their schedule pages for potential pitch opportunities and festival inclusion. Among the festivals listed is Hot Docs, which just recently opened up their submissions for 2016.

Those looking for new docs to catch online, The New York Times has posted Jonah M. Kessel’s A TIBETAN’S JOURNEY FOR JUSTICE for online viewing, while Huck Magazine has published Zach Sabastian’s PRISON DA VINCI NO. 1: PAINTING WITH SKITTLES, as well as linked to a variety of online shorts about “the new, free Cuba.”

I’ll leave you this week with a trio of pieces from the BFI, beginning with a brief video posted by David Robinson showing Sight & Sound being laid out by hand back in the ’50s. Speaking of the ’50s, Lisa Kerrigan, Steve Bryant, Katy McGahan and Simon McCallum put together a list of “10 Great But Forgotten TV Documentaries of the 1950s and 60s” for the outlet. And breaking the first Best Of The Year list, Sight & Sound published their Top 20 of 2015, noting Chantel Akerman’s NO HOME MOVIE, Joshua Oppenheimer’s THE LOOK OF SILENCE, Asif Kapadia’s AMY and Miguel Gomes’ hybrid epic, ARABIAN NIGHTS among the ranks. Until next week, if you have any tips or recommendations for the Memo, please contact me via email here, or on Twitter, @Rectangular_Eye. I look forward to hearing from you!