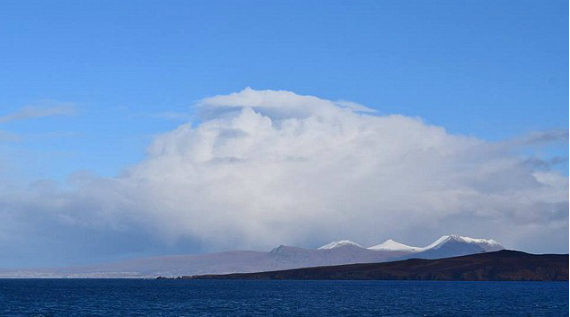 The Academy of Motion Picture Arts and Sciences revealed their 2017 Oscar nominations this past week. Not only are FIRE AT SEA, I AM NOT YOUR NEGRO, LIFE, ANIMATED, O.J.: MADE IN AMERICA and 13TH the five nominees up for Best Documentary this year, but JOE’S VIOLIN, produced by our very own Raphaela Neihausen, was nominated for Best Documentary Short. Steven Zeitchik and Mark Olsen of The Los Angeles Times noted this as a momentous occasion: “For the first time in what is believed to be any category in the history of the awards, four of five nominated films were made by a black director.” Meanwhile at Nonfics, Christopher Campbell pointed out that Ezra Edelman’s O.J. doc has a substantial chance at becoming the longest film to ever win an Oscar.

Over the weekend, Edelman and his fellow producer Caroline Waterlow won the Award for Outstanding Producers of a Documentary Theatrical Motion Picture at the Producers Guild of America Awards for their film O.J.: MADE IN AMERICA, reports Variety’s Dave McNary.

Theatrically, just a single film seemed to have found any traction: Zhao Liang’s visually stunning BEHEMOTH. The film garnered critical acclaim from Ignatiy Vishnevetsky at A.V. Club, David Rooney of Film Journal International, Ben Kenigsberg of The New York Times, Glenn Kenny of RogerEbert.com and Jared Mobarak of The Film Stage. Otherwise, at Nonfics, Daniel Walber reported on the highlights of this year’s Neighboring Scenes showcase, which is currently running at the Film Society of Lincoln Center. In the latest episode of The Close-Up podcast, Raoul Peck discussed I AM NOT YOUR NEGRO before a live audience, also at the Film Society of Lincoln Center.

On the small screen, Irene Taylor Brodsky’s BEWARE THE SLENDERMAN creeped its way into primetime via HBO. The film received an extensive history from Zac Thompson over at Vice, while Lenika Cruz of The Atlantic, Benjamin Lee of The Guardian, and Alex McCown-Levy of A.V. Club each gave it praise.

Before heading south for a week away, I wanted to mention Laura Hazard Owen‘s Nieman Lab piece on Frontline’s experimental new doc release TRUMP’S ROAD TO THE WHITE HOUSE, “an interactive, annotated script that audiences can use to navigate the film, and new software that lets users highlight portions of the film and share them on social media or via email.” And lastly, Erik Spink published a piece titled “7 Things You Should Know Before Making Your First Doc” over at No Film School. Until next time, if you have any tips or recommendations for the Memo, please contact me via email here, or on Twitter, @Rectangular_Eye.