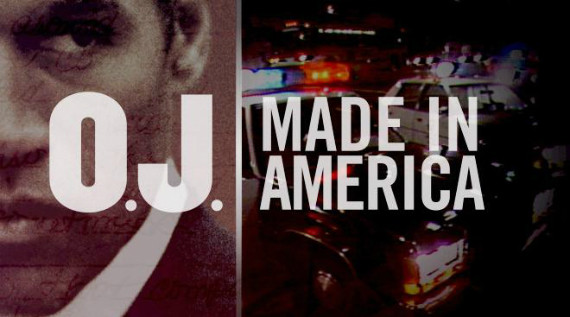 The 2016 edition of the Sheffield Doc/Fest kicked off Friday afternoon. While Basil Tsiokos wrote up a preview of the festival’s offerings at What (not) To Doc, the BFI’s Christina Newland did the same. In Sight & Sound, Nick Bradshaw spoke with the festival’s head programmer Claire Aguilar and CEO and director Elizabeth McIntyre about the staffing and programming changes over the past few years. While the festival’s feature and short film offerings are top notch by any standard, it is their Alternate Realities program, featuring interactive media and virtual reality exhibitions and talks, that have garnered the attention of Jess Linington at i-Docs, as well as Kevin Ritchie and Manori Ravindran at Realscreen.

The other festival of the week is NYC’s Human Rights Watch Film Festival, which runs through the 19th. Michelle Orange noted in the Village Voice that “women are at the forefront of this year’s Human Rights Watch Festival, an annual showcase of documentaries that tell stories of injustice, oppression, and threats to civil liberty around the world.” Meanwhile, David Morgan of CBS News, Joshua Brunsting of Criterion Cast and Basil Tsiokos each wrote up previews of the festival.

On Friday, DOC NYC dropped a press release announcing the expansion of its successful DOC NYC PRO industry conference, adding a full day devoted to its Oscar predicting Short List sidebar, a four day long networking session titled ‘Only In New York Meetings’, as well as a full day of pitches for six in-progress doc projects, aptly titled ‘Perfect Pitch’. Filmmakers can submit works-in- progress to Pitch Perfect via Withoutabox – the deadline for submissions is August 15th. Additionally, doc fans will be excited to know that passes for DOC NYC 2016 are now on sale and available for purchase here. Liz Calvario of indieWIRE, Paula Bernstein of Filmmaker Magazine and Realscreen’s Kevin Ritchie each covered the news.

Theatrically, Noah Baumbach and Jake Paltrow’s DE PALMA was the most debated doc of the week, screening in tandem with Metrograph’s full retrospective on the filmmaker, and receiving a pair of pieces in The New York Times from A.O. Scott and Wesley Morris. The Los Angeles Times also ran a profile from Mark Olsen, while Michael Sragow wrote a new Deep Focus piece on the doc for Film Comment. Peter Sobczynski of RogerEbert.com, indieWIRE’s David Ehrlich, and The Guardian’s Ashley Clark each logged positive reviews, while Keith Phipps and Jason Newman both recommended the DE PALMA as essential viewing for budding filmmakers at UPROXX and Rolling Stone, respectively.

On the other side of the pond, The Guardian’s Peter Bradshaw gave Gianfranco Rosi’s FIRE AT SEA a perfect score, while his cohort Patrick Kingsley spoke with the filmmaker about his new film. Little White Lies took essentially the same stance with David Jenkins‘ 4 star rumination and a matching monologuous interview.

Other solid doc reads this week included Jacob Paul‘s debate on the line between politics and privacy in WEINER found at MUBI’s Notebook, Sophie Monks Kaufman fiery take on THE HUNTING GROUND at Little White Lies, Cameron Miller-DeSart‘s experience shooting doc shorts in one hour at indieWIRE, and a pair of interviews with Charles Ferguson on his new film TIME TO CHANGE, found at Vogue and indieWIRE.

After what has turned into a rather epic Monday Memo, I’ll sign off by urging you to go listen to Emily Best, the CEO and Founder of Seed&Spark, appear on the Women and Hollywood Podcast, and to go read Neil Young‘s piece on the rise of female documentary makers in Mexico at Sight & Sound. Until next week, if you have any tips or recommendations for the Memo, please contact me via email here, or on Twitter, @Rectangular_Eye.