Prepping for Sundance & Other Festivals 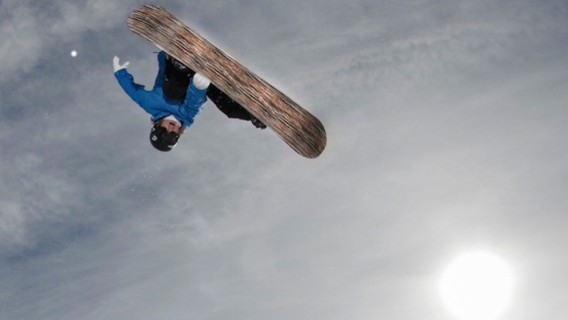 THE CRASH REEL, directed by Lucy Walker, playing at Sundance 2013.

If your film is lucky enough to be invited to Sundance, what do you need to succeed? I reached out to past Sundance directors and industry veterans for their perspectives. While some of this advice is Sundance specific, much of it can be applied to doc makers headed to SXSW, Tribeca, Hot Docs, TIFF or other festivals.

Do you need a publicist?

Morgan Spurlock (Super Size Me): The best decision I made going into my first Sundance in 2004 was hiring David Magdael as our publicist.  He’s been there before.  He knew the lay of the land, and he was a calming presence.  He really helped us craft a press strategy and he knew when to offer sound advice.  He’s still my publicist.  I’m never letting him go.

Lucy Walker (Waste Land): I’m never sure if being on Park City radio at 5 am helps much (which is all that most publicists will get you!). Now if they can hook you up with cool opportunities and help you prepare better materials, etc – then great.

Karin Hayes (We’re Not Broke): While it can be a large expense and you may be bleeding money by this point, a good publicist can be a great asset to get reviews for your film. If your budget won’t allow for a publicist, get creative. Make sure you assign someone on your team as the press contact, connect with the press office at Sundance, and start [early] making contact with bloggers and publications (especially niche ones that may be especially interested in your film).

Alison Klayman (Ai Weiwei: Never Sorry): Most importantly, our publicist knew what kind of press was most important for us in the stage we were – trying to get interest in a good distribution deal. So she knew what outlets were important, what to hold back on for the release, and how much to give away in terms of clips. As a first-time filmmaker, all of this was incredibly important.

Andrew Rossi (Page One: Inside the New York Times): Adam Kersh did a fantastic job as publicist, which I believe is really helpful since Sundance attracts such a crush of media interest, and it’s virtually impossible to keep track of all the requests as an individual, much less a filmmaker who’s simultaneously juggling festival events. One may have a DIY journey in making the film, but when it comes to its distribution, if budget allows, I believe it’s preferable to have professionals who know their job come on board to leverage all the opportunities Sundance tees up.

Amy Berg (West of Memphis): When making decisions about who to hire, ask how many other films the publicist has as you don’t want to be competing for their time.  The good ones don’t take more than they can handle, usually, but sometimes there are justifiable conflicts.

Do you need a sales agent?

Don Argott (Atomic States of America): Even though distribution landscapes are constantly changing, I stand by needing a sales agent for top tier film festivals such as Sundance, assuming that your goal is to sell your film. There is so much competition and so many amazing films that you really need an inside guide to help you navigate this world and make sure your film is being represented and paid attention to by distributors.

Karin Hayes (We’re Not Broke): A sales agent who works on commission and doesn’t charge expenses could be a good bet financially so that you’re not out of pocket. Even though you may have a sales agent, don’t be surprised if your film doesn’t get a deal. One may happen in the six months after the festival, or you may end up on the self-distribution path.

Annie Roney (ro*co films): Don’t wait until the festival to begin these relationships.  Recognize the momentum that premiering at Sundance will bring and BE READY. Don’t think there will be a knight-in-shining-armor deal just waiting for your arrival at Sundance.  Start making those connections immediately.  Particularly with documentaries – there is a shelf-life issue.

How do you use social media?

Julia Pacetti (publicist, JMP Verdant Communications): Twitter may be better suited than Facebook for high profile, fast moving festivals like Sundance.  Before you leave, start following all festival programmers, fellow filmmakers accepted at this year’s festival and journalists who you think will attend.  Tweet out upcoming screenings with links to a web page with more information, and tweet out photos of Audience Q&A’s, parties and other events that will be genuinely interesting to people at the festival.

Liesl Copland (WME): Use it wisely: mind your analytics tools, make sure you are engaging people, not losing them and take a programming mindset as to what you are posting/tweeting/sharing. Think of your social footprint a a channel and always be telling the story of and behind your film.  And lastly, don’t be a huckster… I will unfriend you!

Marc Schiller (BOND Strategy and Influence): It’s important that you choose the right [film] scene to release online prior to Sundance.  It’s important to release something as this will be the only footage you’ll likely to have online until your film is released.  The clip shouldn’t be more than 60 – 90 seconds as putting anything longer up online will hurt you later on.  The clip should be something that puts your film in the best light possible.  Think long and hard before you decide what to put online.

Adam Segal (publicist, The 2050 Group): Too many people use social media only to promote, but it’s really a way to discover what people are saying about your film and the themes or issues in your film. It’s also a way to see what conversations are happening and trends are emerging. Listen to what audiences are saying. Listen to what industry figures and journalists and critics are saying. Twitter, in particular, is a unique way to engage with individuals, thought-leaders, and even celebrities who are at the festival or talking about Sundance from afar. So use social media tools while at Sundance to track things happening around the festival and to get into the conversations that are happening. And if you’re fortunate, some of the first reviews of your film will come immediately following your screenings in the form of 140 character tweets.

Do you need a web site?

Julia Pacetti (publicist, JMP Verdant Communications) Yes, include a comprehensive and impeccably written press release about the film, Sundance screening dates/times/locations with a link to the film page on the Festival website, downloadable photos with proper captions and photo credits, media and international sales contact information and bios of directors and talent attending the festival.  Films with political or issue based content should have some background information or links to relevant news articles on their websites.

Brian Newman (sub-genre.com): Most importantly, make sure you have a place for people to sign up to get updates on the film with their name, email address and zip code. A good email list of just 500 people is more valuable than thousands of fans on a Facebook page.

Malik Bendjelloul (Searching for Sugar Man): We didn’t have a web site [at Sundance] and I don’t think that was necessary really. We later set up a web site and a a Facebook page and I remember we were a bit nervous that no one seemed to visit those pages for months. It was only six months later after the theatrical release that people actually started to come.

What was the best decision you made in preparing for Sundance?

Terence Nance (An Oversimplification of Her Beauty): The best things I did were: 1) assemble a team to do everything outside of finishing the movie (which was my responsibility). 2) I reached out to filmmakers who had films in the festival in past years; each had a very uniquely helpful perspective.

Lucy Walker (Waste Land): Find warm dry comfortable boots and accommodation close to a festival bus stop to get back and go out again. There’s a lot of tramping around in slush and waiting around outside and you need to change into dry clothes often or you freeze.

What do you wish you’d done differently?

Karin Hayes (We’re Not Broke): I wish we had really been able to put more time into creating and galvanizing outreach partnerships prior to the festival. It was all we could do to finish the film in time, but if you’re not up to the wire, partnerships (organizations or non profits interested in the film’s topic) can help expand the reach of a film along with the huge push that comes just from being in Sundance.

Liz Garbus (Bobby Fischer Against the World) Over the years, I’ve learned to trust the universe (or the programmers!) a bit more.  I know it can be really hard not to second guess your screening times, venues, sections, and want to tweak them. Your film is your baby and you want the best for it, but your film will gain momentum and get out there no matter what.

Lucy Walker (Waste Land): Wish I’d volunteered [at Sundance] beforehand. I’d always wanted to but didn’t realize how cool it was or that it was possible. That would have been great prep for having a film there. And a lot of fun. Highly recommended!

What other tips do you have for Park City?

Alison Klayman (Ai Weiwei: Never Sorry): Have people around to document whatever you can in terms of taking photo and video. Even right after Sundance I wasn’t sure why it was important, but now that it’s almost a year later I am so happy to have the record of our debut!

Amy Berg (West of Memphis): Bring a juicer and start every day like this.  This is a great way to ward off the sickness that will surround you by the middle of the fest.

Joe Berlinger (Under African Skies): Having had five very different Sundance experiences over two decades, from frantically (and unsuccessfully) trying to sell Brother’s Keeper in 1992 to being locked in a condo with an ensuing bidding war for Metallica: Some Kind of Monster, the best decision I made in preparing for Sundance occurred with my most recent experience with Under African Skies when I decided that you can’t control the fate of your film, so I decided to actually enjoy the festival experience and to experience the work of my colleagues.  Obviously that doesn’t mean taking your eye off the ball — one needs to be buttoned up, hire the right marketing and PR support team, but so much is up to luck, timing and the whims of critics and audiences, that I decided I wasn’t going to drive myself crazy over the fate of my film and I would enjoy the festival and be proud of the achievement of just getting in.  Perhaps this is Pollyanna-ish advice, but I had a really great time — for the first time in five Sundance premieres — as a result.

You’ll find loads more advice on Ted Hope’s blog post How to Get Ready for that Film Festival including links to articles on 16+ Thoughts to Picking a Producer’s Rep and How to Do a Festival Q&A.