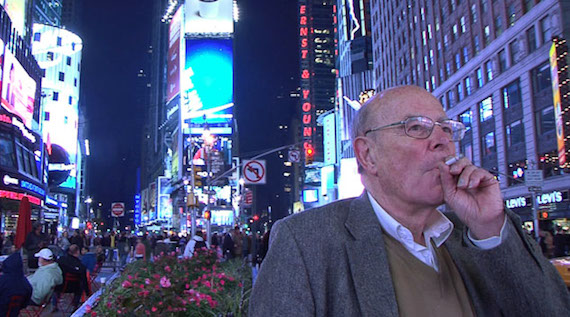 Marcel Ophüls is like a Zelig of the twentieth century, coming face to face with an impressive number of its history makers. As the son of German-Jewish filmmaker Max Ophüls, exiled in Hollywood during the Second World War, Marcel grew up around the likes of Preston Sturges and Bertolt Brecht. He launched his own career directing fiction films with the help of François Truffaut, then earned a reputation as a master of documentary. His breakthrough, The Sorrow and the Pity, explored the depths of French collaboration with the Nazis. Despite a four-hour runtime, it was a sensation that played in New York theatres for eighteen months, memorialized as a favourite of Woody Allen’s character in Annie Hall. Marcel went on to win an Academy Award for Hotel Terminus: The Life and Times of Klaus Barbie, a film that explored the challenges of bringing escaped Nazis to justice. His other films span Northern Ireland’s Troubles, Germany’s reunification, and Yugoslavia’s breakup.

Now, at the age of eighty-five, still feisty and full of humour, Marcel looks back on his life, revisiting old friends and drawing upon a rich array of film clips. He pays extensive tribute to his father’s career, full of masterpieces such as La Ronde, The Earrings of Madame de… , and Letter from an Unknown Woman. Ever the raconteur, Marcel reflects on his twists of fortune, both good and bad. His disputatious nature was an asset for confronting war criminals, but a hazard for personal relationships. His wife, Regine, deserves a cinematic sainthood for enduring such an irascible husband. Their turbulent marriage winds its way through this memoir and gives it an added poignancy.