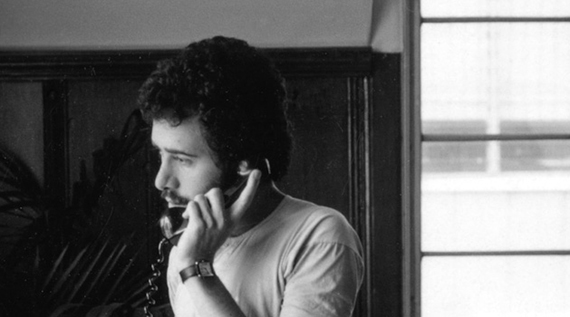 To tell David Geffen’s story is to tell the history of modern American show business. No one has equaled his impact across the worlds of music, film, philanthropy and beyond. He built several game-changing brands that helped shape American popular culture for the past four decades, including Asylum Records, Geffen Records, Geffen Films and DreamWorks. How did he do that?

In this Mavericks session, we present the world premiere of Inventing David Geffen, an incisive documentary that charts his professional and personal life. After the film, Geffen will take part in a live conversation with director Susan Lacy to discuss his career.

For twenty-six years, Lacy, creator and executive producer of American Masters, has presided over PBS’s premiere cultural biography series. Inventing David Geffen is characteristic of Lacy’s work, combining lively interviews and rare archival footage into an illuminating narrative. Notoriously press- and camera-shy, Geffen reveals himself for the first time in this unflinching portrait. His story is one of constant reinvention, rising from humble Brooklyn beginnings to become one of Hollywood’s most powerful figures and a billionaire.

Geffen launched the early successes of such universal — and disparate — talents as Joni Mitchell, Jackson Browne, Tom Cruise, Guns N’ Roses and Crosby, Stills and Nash. He co-founded DreamWorks, the first major studio in fifty years, with Steven Spielberg and Jeffrey Katzenberg; he produced Cats and Dreamgirls. As he says, “My talent is being able to recognize talent in others.”

Along the way, Geffen has certainly not avoided conflict or controversy-and Inventing David Geffen does not avoid them either. Geffen also describes his difficulty at merging professional success with personal satisfaction. He struggled for years with being gay before coming out publicly in 1992.