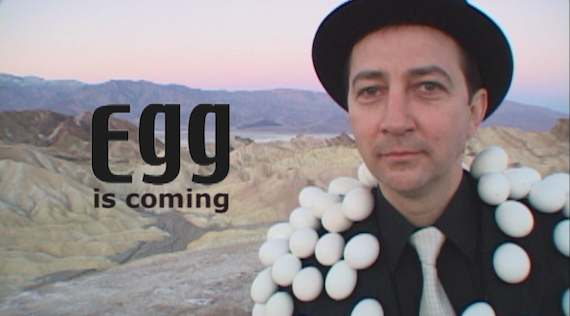 EGG THE ARTS SHOW returns for one night only! Cited as one of the best arts programs ever broadcast in America, Egg was produced by WNET and appeared on PBS from 2000-2003. Egg’s stories about people making art across America were organized around inventive, thought-provoking themes. Honored with the prestigious Peabody Award, five Emmy Awards, and numerous others, Egg’s segments were produced by a diverse stable of filmmakers, each of whom added their own voice to the series’ eclectic style.  The result was a television show that was “smart and funny, serious and whimsical, lean but not shallow, energetic but not flighty and clever but never smug” (The Daily News). This evening features a selection of stories from the ground-breaking series.