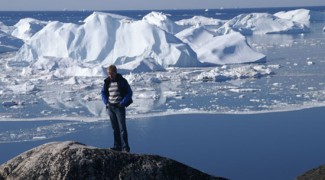 Bjorn Lomborg is a provocative contrarian. He won unusual prominence for a Danish academic by writing The Skeptical Environmentalist, an international bestseller that questioned assumptions about environmental decline. Many critics weighed in harshly, asserting that Lomborg’s credentials as a political scientist didn’t make him an expert on environmental science. But Lomborg stood his ground, amassed data to counterattack and became a voice to be reckoned with. As an openly gay vegetarian who often challenges liberal doctrine, he remains hard to pigeonhole politically.

In Cool It, he enters the contentious debate over global warming, amplifying points that he raised in a book of the same title. Lomborg doesn’t deny that climate change is occurring, but he believes activists need fresh responses. He takes issue with Al Gore and finds fault with prevailing strategies to control carbon emissions. Focusing on the world’s growing energy needs, Lomborg tours laboratories of future technologies such as water splitting, algae fuel and wave energy. He also raises the possibility to mitigate climate change through geo-engineering with experimental techniques such as cloud brightening. Whether you accept his views or not, the film brings a heady sense of urgency to confronting a global crisis.

Director Ondi Timoner has proven herself a versatile filmmaker with larger-than-life characters in DIG!, about a rock and roll rivalry, and We Live in Public, about an Internet visionary. Both films won the Grand Jury Prize at the Sundance Film Festival. In Cool It, she briskly covers extensive territory, delving into Lomborg’s background as a Green Peace loyalist turned dissident, and detailing the free speech fight that nearly destroyed his career. She synthesizes Lomborg’s ideas with punchy visuals and includes testimony from his opponents, including Stephen Schneider, the Stanford University climatologist who recently died. Firing off ideas like a tennis ball machine, Lomborg comes across as eager for debate. This film should give him plenty more occasions to engage.