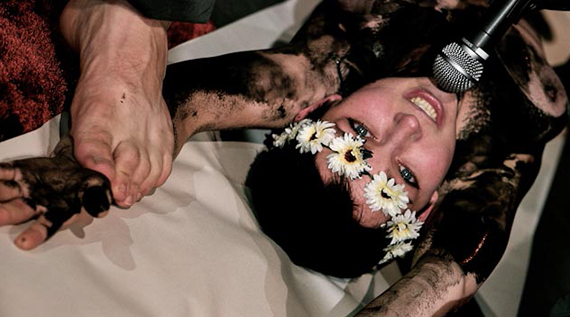 In the Republic of Belarus, the authorities forbid theatrical treatment of topics such as sexual minorities, alcoholism, suicide, and politics. The Free Theatre responds by injecting these taboos into performances that are staged secretly in Belarus and to critical acclaim overseas. Using meagre props and resources, their work is rich in imagination and subversion. After a visit to Minsk, where the troupe is based, British playwright Tom Stoppard said, “I wish all my plays would be performed by a theatre like this.”

Dangerous Acts picks up the story in 2010, as the KGB of Belarus is cracking down on dissenters. Following the breakup of the Soviet Union, Alexander Lukashenko took power in Belarus’ 1994 presidential election — and never let go. Now, as a dubious new presidential election takes place, the KGB targets Free Theatre founders Nikolai Khalezin and Natalia Koliada, along with their colleagues. Their plight is reminiscent of Eastern European writers and artists during the Cold War who had to choose between repression at home and disconnection in exile. What’s changed in the twenty-first century is the power of documentary crews to capture what’s happening. In Sackler’s film we get a front-row seat to a resistance movement full of vitality, both on the stage and in the streets. As one Free Theatre member says, “Work and laughter are what will save us.”