FOR NO GOOD REASON 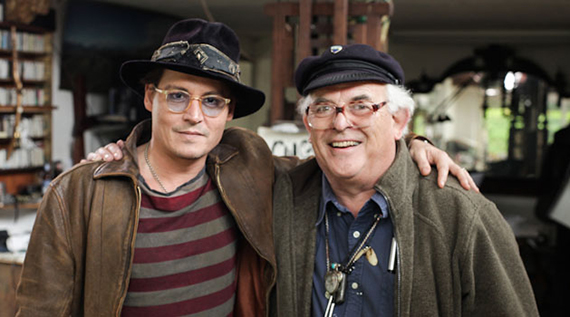 No matter how much we admire a visual artist, they can be a tough documentary subject if they rarely move beyond their studio. Ralph Steadman is an exception. The radical illustrator is rich in experiences and a witty raconteur, as seen in the career-spanning documentary For No Good Reason.

A defining moment for Steadman occurred in 1969, when a magazine paired him on assignment with Hunter S. Thompson to cover the Kentucky Derby. Nothing could have prepared Steadman, the sober Brit, for the havoc-stirring Thompson. But their blend of sensibilities — Thompson’s prose and Steadman’s drawings — gave birth to an expressionistic journalism they dubbed gonzo. The framework of the documentary is a visit to Steadman’s studio by Johnny Depp (who has portrayed Thompson in two film adaptations of his books). We watch Steadman make his messy magic on the page as he recalls adventures such as travelling with Thompson to Africa for the Rumble in the Jungle or going shooting with William S. Burroughs.

Following the film, we’ll be treated to a live conversation with Steadman and director Charlie Paul, who spent fifteen years chronicling the artist. As a director, Paul skillfully navigates Steadman’s wide-ranging interests with a blend of archival footage and animation, plus interviews with admirers including Terry Gilliam and Rolling Stone publisher Jann Wenner. The soundtrack has contributions from Slash, All American Rejects, Crystal Castles and others. In addition to the film, the Festival is proud to present an accompanying exhibit of Steadman’s work as part of Future Projections (see page 419).