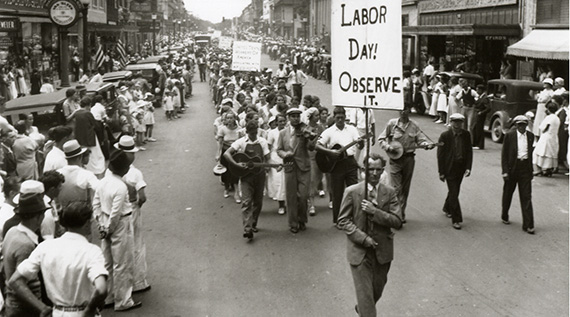 George C. Stoney is a legend in documentary film for his work as a director and longtime professor at New York University. Born in 1916, he’s been making documentaries for six decades. In this special presentation, he will present and discuss a wide range of selections from his films, including ALL MY BABIES (1953), a film about black midwives in the south that was selected by the Library of Congress for placement on the National Film Registry; YOU ARE ON INDIAN LAND (1969), produced with Mohawk activist Mike Mitchell for the National Film Board of Canada; HOW THE MYTH WAS MADE (1979), revisiting the location and people from Robert Flaherty’s classic doc “Man of Aran”; UPRISING OF ’34 (1995), looking back on the 1934 textile strikes in the south; and other titles.

Stoney will be joined by Judith Helfand, his collaborator on UPRISING OF ’34 who went on to direct her own films, including the acclaimed BLUE VINYL and EVERYTHING’S COOL (shown at STF in Spring 07). They will present a short film about how making “Uprising of 34” effected the community where the events took place.