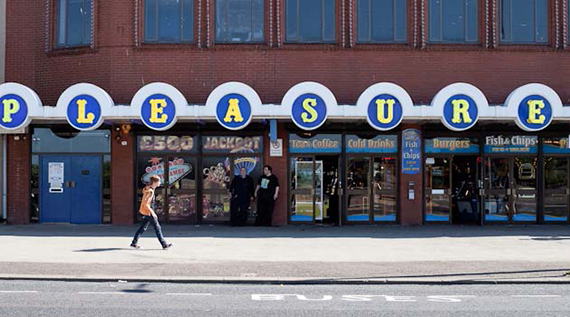 In a short span of time, our lives have been transformed by mobile phones and internet technologies that connect us to each other and to the world. What does that mean, particularly for a generation that has never known anything else?

After observing the immersive behaviour of her own teenagers, director Beeban Kidron set out to answer the question: What exactly is the internet, and how is it changing us? She talks directly to teens about how technology shapes their expectations of friendship, their cognition, and their sexuality. She interviews experts including Wikipedia’s Jimmy Wales, writer Clay Shirky, Microsoft researcher danah boyd, and the MIT Media Lab’s Nicholas Negroponte. Her timely investigation also raises questions about the implications of data collection and who profits from it.

Since these hot buttons are bound to prompt further conversation, the film will be followed by an extended talk with the British director. In her eclectic career, Kidron’s work has ranged from crowd-pleasing comedy (Bridget Jones: The Edge of Reason) to bracing documentaries (Hookers, Hustlers, Pimps and Their Johns). She writes in a director’s statement, “I thought the cultural shake-up was something to embrace not fear — but all around me were young people attached to their phones like a third limb. Their social rules were different, their behaviour was different, and they seemed to think nothing of the fact that everything they ever did, thought, listened to or Googled was sitting in a cloud…somewhere.”

InRealLife encourages us not to be passive in our adoption of technology, but to think critically and make smart choices.