THE BOY WHO WAS A KING 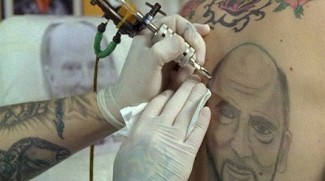 Quick, name three things that Bulgaria is famous for.

Feeling stumped? Let’s face it: Bulgaria keeps a low profile, whether as a current NATO member or former Eastern bloc state. Bulgarian director Andrey Paounov plays that obscurity to his advantage by spinning comic non-fiction tales from his country with an original sensibility. He previously filmed characters connected to a mental hospital (Georgi and the Butterflies) and a small town-turned-concentration camp (The Mosquito Problem and Other Stories). Now he focuses on a higher-profile Bulgarian: the boy king who later became prime minister.

At the age of six, Simeon Saxe-Coburg-Gotha received the first phone call of his life, informing him of his father’s sudden death and his birthright to become Tsar of Bulgaria. Only three years later, the nine-year-old king was overthrown by communist dissenters and he and his family were exiled from the country. Fifty years passed before the communist regime collapsed and Simeon was allowed to return home. Crowds cheered, “We want our King!” — even though the title no longer existed.

Simeon created a new political party and won a landslide majority to become the Prime Minister of Bulgaria in 2001. But it was a difficult period of transition for a country with eighty per cent unemployment. In four years, Simeon would find himself in a sort of exile again: this time from the favour of the nation that had celebrated his return.

To tell this tumultuous history, Paounov taps into a rich supply of archive footage, including memorable images of the boy king inspecting his troops. He’s also drawn to eccentric eyewitnesses and bystanders: the taxidermists who stuffed the king’s coyote, the chocolatiers who painstakingly sculpt his likeness in chocolate, the hopeful supporters who tattoo his face on their bodies, and the many constituents who create songs and puppet shows in the country’s honour. For a nation that keeps a low profile, Bulgaria proves to be rich in documentary material.

About the director:
Andrey Paounov was born in Sofia, Bulgaria. His debut documentary, Georgi and the Butterflies (04), won the prize for best mid-length documentary at the International Documentary Film Festival in Amsterdam. The Mosquito Problem and Other Stories (07) screened at the Festival. The Boy Who Was a King (11) is his third film.