GORE VIDAL: THE MAN WHO SAID NO 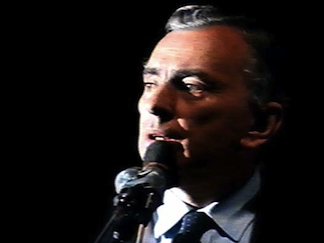 In 1982, Gore Vidal, one of America’s greatest writers, challenged the American political establishment, and Jerry Brown, in his campaign for the California United States Senate seat.

“[The film] is sprinkled with Vidal’s witticisms, but shows him to have been a thoroughly serious candidate and highly effective in communicating with people. When he says he is running for office ‘out of frustration and rage’ you believe him. And when he describes current economic policies as ‘socialism for the rich and free enterprise for the poor,’ you understand how he could say, “I’m death to the liberals. The wine and cheese set? No way.” – Kevin Thomas, Los Angeles Times

“Not since My Dinner With Andre has the power of the spoken word on film seemed to me so effective and enthralling. It is such a great intellectual fix to hear and see a man with such mastery of the English language, frolic with its potential for nuance, wit, and metaphor.” – LA Weekly