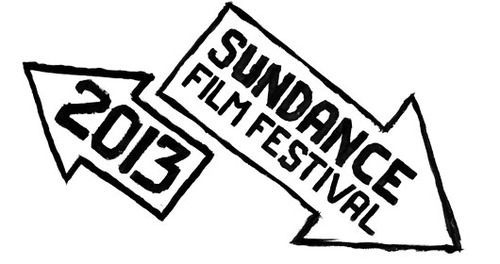 The Sundance Institute this week announced the lineup for the 2013 Sundance Film Festival, actually taking two days to announce the full list of films that will be screening in Park City, Utah, early next year. At first blush, the doc that seems to be getting the most attention is PUSSY RIOT – A PUNK PRAYER, about the Russian dissident punk band. At Realscreen, coverage came courtesy of Kelly Anderson, who wrote a piece about docs in competition and another about a few spotlight films heading to the festival. At Indiewire, Jay Fernandez’s coverage was split into two pieces as well, one on the U.S. docs in competition and another on the world docs. The DocGeeks blog also had a piece on the out-of-competition films at Sundance, as well as the projects being shown as part of the New Frontier program.

The doc awards machine continued to trundle on, with Realscreen’s Kevin Ritchie reporting that David France’s HOW TO SURVIVE A PLAGUE won best docmentary at the Gotham Awards, while the Jared Leto-helmed film ARTIFACT took home the audience award. Writing at the Documentary Channel blog, Christopher Campbell said ARTIFACT’s win propelled the film to his must-see docs list for the year.

Campbell also took note of those films that had earned nominations for Spirit Awards, led by THE WAITING ROOM by Peter Nicks. Barry Walsh of Realscreen also had coverage of the nominations. Also, Deadline reported on the documentary nominations handed out for the Producers Guild of America (PGA) Awards, as did Barry Walsh.

The was continued coverage of the International Documentary Film Festival Amsterdam (IDFA) this week, with Adam Benzine of Realscreen turning out the second of two parts covering the IDFA Forum. Filmmaker Magazine’s Lauren Wissot had an expansive recap of her festival experience, while at the What (Not) to Doc blog, Basil Tsiokos turned out his third docs in brief post on IDFA.

Realscreen’s Kevin Ritchie reported that Claude Lanzmann, producer of 1985 Holocaust film SHOAH was set to receive an Honorary Golden Bear at the 2013 Berlin International Film Festival. And in a final bit of awards news, at the British Film Institute blog Catherine McGahan wondered what John Grierson himself would have thought about the Grierson Awards a full 40 years after their incarnation.

POV this week ended voting on its Greatest Documentary poll, with results promised in a few days. But before they did, director Heidi Ewing submitted her suggestion for a winner in THE MONASTERY: MR. VIG AND THE NUN by Pernille Rose Grønkjær. Also on the POV blog, Tom Roston considered how well a documentarian can know a subject, using the Constance Marks film BEING ELMO: A PUPPETEER’S JOURNEY as a case study.

With his film BEWARE MR. BAKER hitting theaters this week, director Jay Bulger took time out to entertain a number of interviews: one with Christopher Campbell, another with Brandon Harris of Filmmaker Magazine and yet another with Nigel Smith of Indiewire.

The month of December brings with it the beginnings of year-end lists. Writing for Movies.com, Christopher Campbell provided an iteration on the practice, naming Ken Burns his choice for documentarian of the year, citing the director’s work on the film THE CENTRAL PARK FIVE. And in his Docutopia blog post, Anthony Kaufman ran down his list of the top 10 docs for 2012 in no particular order.

Also in time for the holidays, the POV blog turned out a post on great gifts for the filmmaker in your life, while Christopher Campbell produced a great documentary reading list for those buying for bibliophiles.

Back at What (Not) to Doc, Basil Tsiokos shared an overview of the Margaret Mead Film Festival, which concluded yesterday.

Writing for The New York Times, Eric Hynes took a look at two films that focused on youth, ONLY THE YOUNG by Jason Tippet and Elizabeth Mims, and TCHOUPITOULAS by brothers Bill and Turner Ross. Also at the Grey Lady, David DeWitt wrote up DRIVERS WANTED, Joshua Weinstein’s film about New York City taxi drivers.

INDIE GAME: THE MOVIE filmmakers James Swirsky and Lisanne Pajot have generously gathered a series of case studies on the production and distribution experiences they had making the film, gathering them all at the film’s website.

At The Verge, Bryan Bishop explored the interactive Frontline documentary DAVID COLEMAN HEADLEY’S WEB OF BETRAYAL, which can be experienced online here.

Sandra Gaudenzi of i-Docs interviewed recently minted Ph.D. Jesse Shapins, one of the forces behind the interactive authoring tool Zeega.

And Julie Fischer of the MIT Open Documentary Lab wrote an interesting piece considering the nascent field of physical computing and it’s potential influence on the doc world.

Finally, Jennifer Merin of About.com wrote up the documentaries scheduled to hit theaters in the month of December.

That’s it for this week, but please e-mail all Memo tips and recommendations here, or tweet them to @GuerrillaFace. Have a great week everyone!