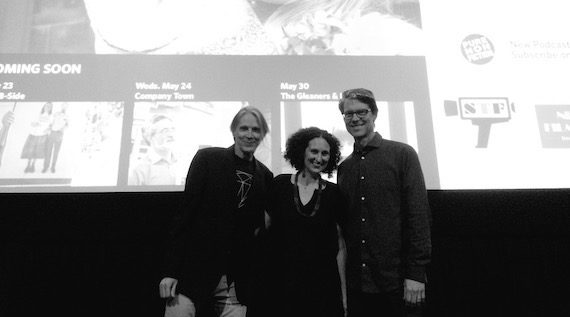 A fist of a city that could punch your lights out and then afterwards unfold its fingers and extend a strong grip to pick you up off your feet. Bowels of a city that are an affront to the olfactory senses. A lap of a city that needs no invitation to rest in its green spaces, offering respite from the hardness of the urban concrete-scape. Two hands of a city that will surprise you mid-conversation as it cradles your face, catches and holds your gaze, and kisses your forehead.

Though in some ways it may sound like a container for an abusive relationship, it’s really that New York City is the embodiment of every-thing and no-thing.  It defines, cultivates, creates, resists, defies, and flows with change. This push and pull, this ebb and flow, this contraction and expansion is fluidly expressed in the time capsule that is One October. Inspired by Chris Marker’s Le Joli Mai (a portrait of Paris in 1962), director Rachel Shuman created a film that locates New York City in October 2008. For the NYC premiere, Shuman took the Stranger Than Fiction audience on a tour of a landscape on the brink of…well…change.

The right guide can make all the difference, and Clay Pigeon of WFMU’s The Dusty Show is disarming in his gallantry as he takes the viewer around the city. He asks New Yorkers intimate questions with ease and comfort, and for as much as he is rejected, he is equally met with responses that come so readily it’s as if the person had just been waiting for someone to ask. Participants talk about everything under the sun, including politics, the state and status of U.S.A., gentrification, and change; all of which belie bigger, wider, rounder questions about home and belonging, and what that looks like. What emerges from these vignettes is the balancing act between a need for stability and a craving for transformation. Clay Pigeon holds space for those willing to share, and in a vulnerable scene with a homeless man, space is held for Clay. The radio DJ doesn’t walk the NYC beat, he walks with the NYC beat, engaging in a game of call and response, and composing riffs that keep NYC humming.

One October shows us literal signs of the times; billboards, construction, business closures, and presidential campaign condoms (yep-given out in Times Square). The camera comes in and out of focus as we see the aftermath of the economic collapse, and the prelude of a nation about to elect Barack Obama. Clear in focus though, are big bank logos that stand out with such audacity. Symbols that beg deeper questions about structural behemoths and systemic regulatory patterns that lay waste to weakened ecosystems. As the film explores the depths of these topics it never strays from aligning itself with the irreverent and inviting visual feast that is New York. From the annual Halloween parade in the East Village, to the cathedral of grace that is St. John the Divine, One October tethers the viewer to the moment, to the transitions, to the spaces in between, suggesting, possibly, that while home and belonging can be connected to that which is physical, perhaps acknowledging and seeing what is right before our eyes allows us to carry a sense of home even as we see it wash away.

Present for a riveting Q&A were Shuman, Pigeon, and producer Garret Savage. Moderator Hugo Perez pointed out how Shuman “falls in line with this great tradition of trying to preserve a portrait of the New York that was.” To this point, Shuman delved into the making of the film. Initially wanting to share all the things about the city that she loved, she struggled when she didn’t love it as much. “But I think that in the course of making the film and with the distance and the time that I gave it I definitely started to appreciate more that cyclical nature…you never know where it’s going to lead or what’s going to rebirth out of any particular place that the city is in.” She talked about the city as an ecosystem and how it can get out of balance. “The film is about paying attention to the things that you love and finding a way to shape your city and your community so it can reflect your values and what you want it to be.” 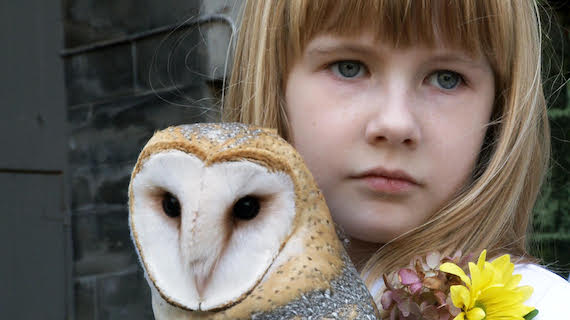