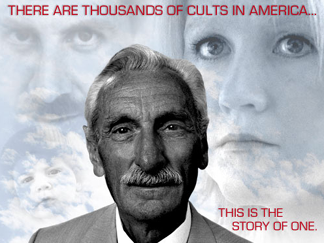 “An expose of one of the roughly 5,000 cults in the nation” (Los Angeles Times)

JOIN US follows four families as they leave a controlling and abusive church in South Carolina and come to relize that they have been members of a cult. The film documents them intimately as they enter the only accredited live-in cult treatment facility in the world. At Wellspring, they learn how they were brainwashed to give up control of their lives to the Pastor and his wife, allowing their children to undergo severe abuse to make heaven.

As they emerge from the safety of the treatment facility, the ex-cult members return to their homes to bring the Pastor to justice and struggle to build normal. lives. The film also gives voice to the cult leader and his wife, as they struggle to cope with the betrayal. of their church family and rebuild their congregation.

Using an intimate verit~~ style and hidden cameras, award-winning filmmakers Ondi Timoner, Vasco Lucas Nunes, and Tim Rush infiltrate the cult and its leaders to create an emotional and human portrait, exploring why America is the number one breeding ground of cults in the world, and how mind control can happen to just about anyone. See joinusthemovie.com

Director Ondi Timoner is winner of the Sundance Grand Jury Prize for her earlier film DIG!.