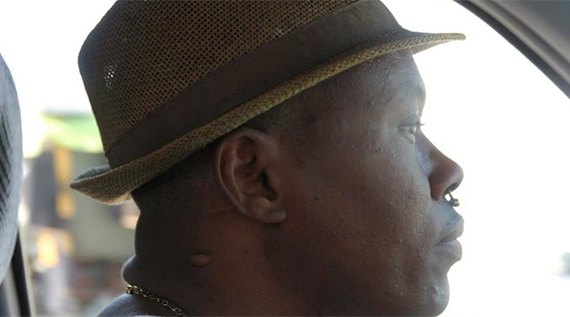 Monsieur Le Président traces the ascent and downfall of Gaston Jean Edy, a charming and much-loved voodoo priest in the Christ-roi section of Port-au-Prince, Haiti. Victoria had gone to help translate for the doctors and a week after the earthquake met this charismatic, extraordinary man. His response to the earthquake was to resurrect a defunct neighborhood clinic and set an admirable example of ingenuity and self-reliance in the face of government corruption. She spent 3 years returning to film in Haiti and became close friends with Gaston. The film charts their friendship and the strange, sad turn it takes when Gaston absconds with foreign donations and seems to have transformed into an entirely different man — or has been “”summoned by an evil spirit,”” as some of the neighborhood people claim.​

“My intention was to make an updated Maya Deren voodoo film, experimental and in color. I had no intention of making the story I did, but Gaston turned into such a crazy, fascinating character that I had no choice.” – Victoria Campbell