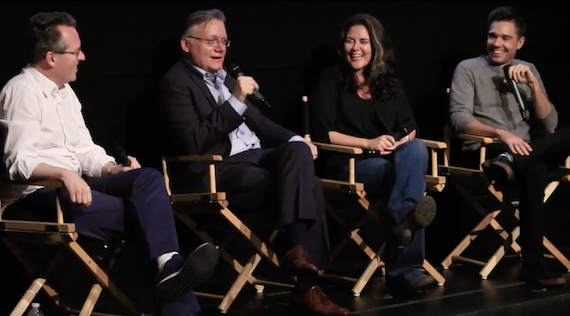 From there, the film follows Steve on his quest to not only track down all these records, but to meet the people inside this world he now loves so much.  It begins with the stars of The Bathrooms Are Coming, and in particular, Patty Smith Stanton, who sang ‘My Bathroom.’  She has a surprise waiting for him – her co-star from the show, Sandi Freeman.  Steve then embarks to meet the man behind the music and lyrics, Sid Siegel.  In one of the film’s more tender moments, Steve belts out a tune while Sid tickles the ivory keys on his piano a few feet away. “He’s my biggest fan,” Sid remarks, while Steve can’t help but grin ear-to-ear, his transformation from collector to colleague finally complete.

In the Q&A following the film, Steve remarked how he truly wasn’t a collector of anything until the collection found him.  While he initially discovered industrial musicals for a segment on the Late Show, he knew he was hooked “by the time I had five or six of them, and I actually realized I was looking forward to getting to other record stores to see if I could find other ones.”   In another pleasant surprise, Director Dava Whisenant didn’t originally think Steve would be the center of the film, but “he ended up being so strong and so connected to them that there really was no other choice.”  Both she and Steve had no idea of the road it would lead them down. Steve remarked in the Q&A, “So much of what happened we had no idea of 2014… we didn’t know at the very beginning that Dave Letterman was going to retire, I didn’t know I was going to go have this magical meeting with Pat, where Sandi would show up, and we were gonna go find Sid and have this wonderful day with Sid… none of that was on anyone’s radar the first day you set up a camera.”

It’s indeed a serendipitous and enjoyable turn of events.  While the film begins with a cynical ‘comedy-damaged’ writer looking for his place in the world, at the very end of the film, we’re treated to a truly luscious musical number with all the fantastic characters we’ve met over the previous 70-odd minutes.  As Dava remarks in the Q&A, “it’s a complete 180… the least cynical thing you can do is have a touching musical number, like The Muppet Movie.”

Bathtubs Over Broadwayis currently making the rounds on the festival circuit and finalizing plans for distribution, but in the meantime, all progress on the film can be followed at www.bathtubsoverbroadway.com. 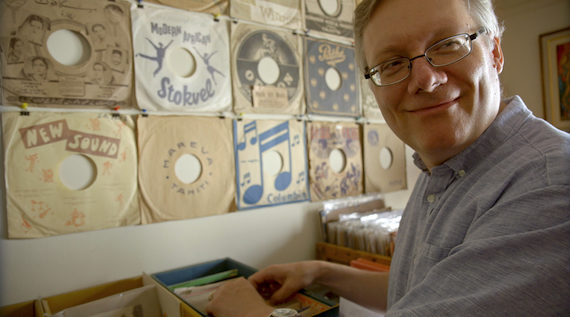