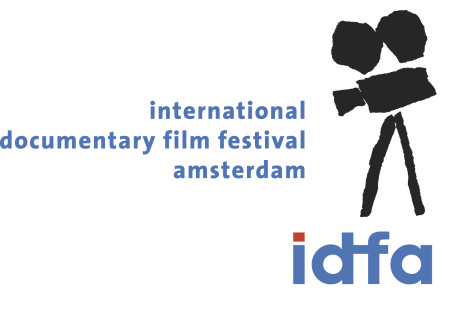 This week Chicken & Egg Pictures named the recipients of its 23 grantees. Kevin Ritchie of Realscreen had some details on the grants, as did Bryce J. Renninger of Indiewire.

Thomas White penned another piece on the state of docs in the U.S. for Canada’s POV magazine, doubling down on DIY distro strategies.

The POV blog updated its “best of” list for 2013, with Joshua Oppenheimer’s THE ACT OF KILLING holding the pole position.

Writing for Nonfics.com, Christopher Campbell had this week’s top home picks, which included Chris Marker’s LE JOLI MAI and MEDORA from directors Davy Rothbart and Andrew Cohn. Campbell also had a list of docs hitting theaters this week, and another post on doc box office results from last week. And in honor of Thanksgiving, Christopher Campbell rounded up 10 under-appreciated food docs in another post.

LEVIATHAN graced theatrical screens in the U.K. this week, picking up a number of reviews in the process. David Jenkins wrote one at Little White Lies, while Tim Robey considered the film in a piece for The Guardian. And Nick Pinkerton recommended the film in a piece at Sight and Sound Magazine.

Harold Goldberg took a look at the melding of documentary film and gaming in a piece for the New York Times.

In his weekly Docutopia post at the SundanceNOW site, Anthony Kaufman highlighted a few Native American-focused docs, including YOUNG LAKOTA. The Independent Lens site hosted an interview by Craig Phillips with that film’s directors, Rose Rosenblatt and Marion Lipschutz.

In his most recent Filmwax podcast, Adam Schartoff interviewed Jessica Edwards about her book, and also spoke with director Michel Gondry in a separate segment.

At Indiewire, Peter Knegt updated a list of the top-grossing doc films of the year, with 20 FEET FROM STARDOM at the top, pulling in $4.8 million thus far.

Sarah Salovaara of Filmmaker Magazine recorded the launch of the MIT Open Documentary Lab’s _docubase, a repository of interactive documentaries. You can check out the new resource by going here.

Back at Nonfics.com, Christopher Campbell interviewed Michel Gondry about the influence that documentary film practice had on his narrative work. In a somewhat related piece, Paula Bernstein of Indiewire examined the impact that graphics and animation were having on documentaries.

In a post at his blog, Dan McComb identified some common audio mistakes made by filmmakers in docs.

Robert Greene of Nonfics.com added MANUFACTURING CONSENT, the doc about Noam Chomsky made by Peter Wintonick and Mark Achbar, to his new canon of cinematic nonfiction.

At Filmmaker Magazine, former film executive Jeff Ulin spoke to Chuck Tryon about the reigning influence that theatrical distro had on a film’s downstream revenue-generating prospects.

Writing for Indiewire, Eric Kohn took a look at the film A LETTER TO NELSON MANDELA and its case for why the South African leader is overrated. In a separate piece, Kohn also covered the new Lamb of God doc AS THE PALACES BURN from Don Argott has an audience beyond the expected metalhead one.

Ed Symkus of The Boston Globe took a look at Frederick Wiseman’s latest film, AT BERKELEY.

In a piece for the Tribeca Film Institute’s blog, Zachary Wigon wrote about the need for filmmakers to build a personal brand.

Michael Murie updated his list of new cameras and upgrades in a story for Filmmaker Magazine.

Anne Thompson and Beth Hanna took on the ambitious goal of naming the docs most likely to make the Oscar shortlist cut in a piece at the Indiewire blog Thompson on Hollywood.

At Slate, Forrest Wickman showcased a clip from the Kathleen Hanna doc THE PUNK SINGER by director Sini Anderson.

In the latest installment of her Bring Your Own Doc (BYOD) YouTube show, Ondi Timoner spoke to MUSCLE SHOALS director Greg “Freddy” Camalier.

Finally, Heather McIntosh rounded up some salient doc links in a post at her Documentary Site.