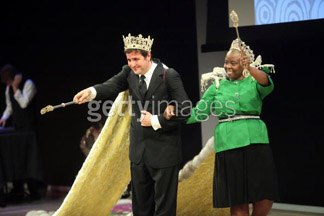 On March 29, 2009, the Cinema Eye Honors were presented at the Times Center in the New York Times building. Early in the show, co-host AJ Schnack took the stage with POV’s Yance Ford wearing outfits from the nominated film about Mobile’s Mardi Gras, ORDER OF MYTHS. Read more coverage of the Cinema Eye ceremony in NY Press, IFC News and Shooting People. 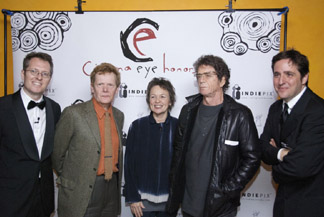 Co-hosts Thom Powers and AJ Schnack helpfully pose on either end so that photo editors can crop them out to focus on MAN ON WIRE’s Philippe Petit; Laurie Anderson and Lou Reed. 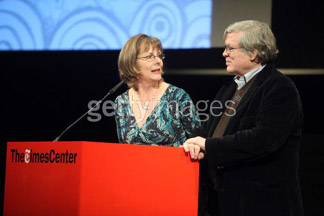 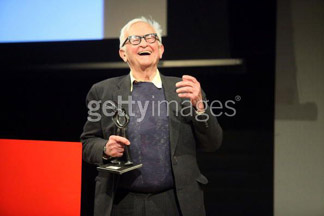 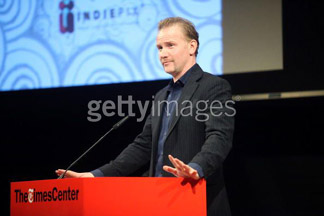 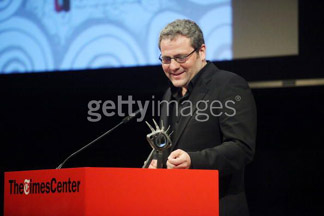 WALTZ WITH BASHIR’s art director David Polonsky took the stage repeatedly to collect four awards on behalf of the film’s team. He had something fresh and witty to say for each one. 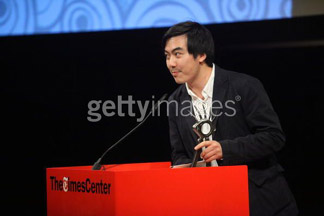 UP THE YANGTZE director Yung Chang collected the Debut and Audience awards.