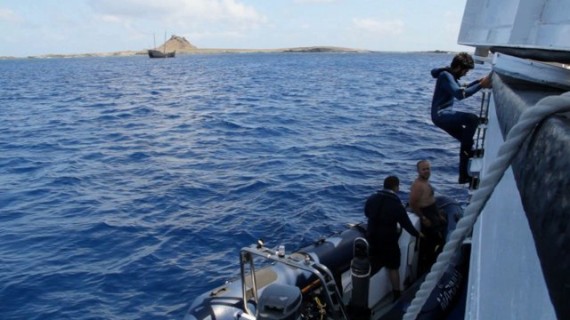 DOC NYC is still accepting both feature and short submissions for its 2014 edition. For more information please go here.

At Realscreen, staff reported that the Sheffield Doc/Fest would be hosting another panel with festival programmers and other staff on how the festival is organized. The festival’s website also posted Roger Graef’s Documentary Manifesto.

Chicken & Egg Pictures put out a call for applicants for its 2014 grant process. For details please go to their website here.

At the POV blog, guest bloggers Alexandra Pearson and Megan Ryan shared 10 tips for making a broadcast premiere of a doc film a success.

Will Di Novi of Canada’s POV Magazine wrote a piece on the enduring legacy of the Steve James doc HOOP DREAMS.

Writing for Film School Rejects, Christopher Campbell wrote a piece on narrative films that would be better as docs.

Back at the POV blog, Tom Roston spoke with director Julie Cohen about her film STURGEON QUEENS on the history of New York City institution Russ and Daughters.

In a piece for The Talkhouse, filmmakers Ondi Timoner, Alison Klayman and Peter Nicks remembered the late Malik Bendjelloul.

Lauren Duca of The Huffington Post rounded up 12 docs on Netflix she thought were mind-blowing.

Over at the New York Times, Nicolas Rapold reviewed A WORLD NOT OURS from director Mahdi Fleifel

At the IDA site, Margarita Landazuri provided some coverage of the docs screening at this year’s San Francisco International Film Festival.

In the latest episode of the web show Bring Your Own Doc, Ondi Timoner spoke with Tribeca Film Festival programmer Ryan Harrington.

Realscreen’s Manori Ravindran reported that IMAX had launched a new $50 million doc fund focused on films that use the IMAX format.

At his What (Not) to Doc blog, Basil Tsiokos had an overview of the docs screening at the Ecuentros del Otro Cine (EDOC) taking place in Ecuador.