Monday Memo: Art of the Real In Full Swing 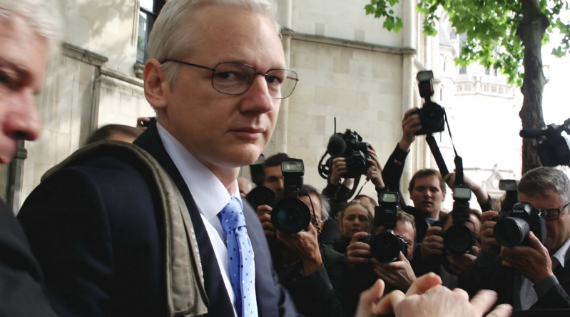 Before getting into theatrical release coverage, I wanted to point to a pair of great doc related pieces published by IndieWire, the first of which comes from Anthony Kaufman, who spoke with industry insiders about the recent surge in documentary sales. And after last month’s episode of the True/False podcast in which Eric Hynes is impishly asked whether or not docs should aspire to change the world or not, the second, titled “5 Ways Documentaries Can Save the World In 2017,” made me laugh out loud by its headline alone, but Eric Kohn‘s outline of forthcoming politically charged docs is definitely worth a read. And while on that political track, Robert Ito has put together a wonderful piece for The New York Times in which he notes all the recent documentaries which have wrestled with Trump’s proposal to build a wall between the US and Mexico.

Unsurprisingly, with the theatrical release of CITIZEN JANE: BATTLE FOR THE CITY, there has been several NYC based pieces on the film rolling in. WNYC named the film its Documentary of the Week. The New York Times published a pair of pieces on the film, a review from Glenn Kenny and an appreciation of Jane Jacobs and her teachings by Ginia Bellafante. The Daily Beast published a wonderful interview by Anthony Fisher with director Matt Tyrnauer and producer Robert Hammond, just as Tyrnauer turned up on the lastest episode of Pure Nonfiction.

Other films that gleaned some press coverage this week included Vanessa Gould’s OBIT, which Michael Sragow went deep on for Film Comment, Nanfu Wang’s I AM ANOTHER YOU and Jon Manning’s BURLESQUE: HEART OF THE GLITTER TRIBE, both of which Christopher Llewellyn Reed reviewed for Hammer To Nail, and Brett Story’s THE PRISON IN TWELVE LANDSCAPES, which Lydia Ogwang wrote at length about in the latest issue of Cléo. At Criterion Cast, Joshua Brunsting praised John Scheinfeld’s CHASING TRANE, dubbing it an “utterly engrossing…love letter to a jazz heavyweight.” Meanwhile, Disney’s new nature doc BORN IN CHINA received a mixed response, with Deadline’s Pete Hammond coming in positive, RogerEbert.com’s Simon Abrams luke-warm, and Nonfics’ Christopher Campbell calling it “a huge disappointment.”

Interview wise, Lauren Du Graf sat down with Theo Anthony, the man behind the atypical festival hit RAT FILM. Neil Bahadur spoke with director Isiah Medina and producer Matthias Mushinski about the possibility of making a documentary about the future for MUBI’s Notebook. And Jon Olshefski, director of QUEST, appeared on this week’s episode of the True/False podcast.

I’ll sign off this week with a pair of wholly different pieces: (1) A feature by Mike Hale in The New York Times on Marcel Ophuls’ THE MEMORY OF JUSTICE, which will have its television debut on HBO on this evening. (2) A revelatory article by Pete Croatto in Columbia Journalism Review on “the boundaries of cordiality and professionalism” for movie critics and filmmakers on Twitter. As always, if you have any tips or recommendations for the Memo, please contact me via email here, or on Twitter, @Rectangular_Eye.