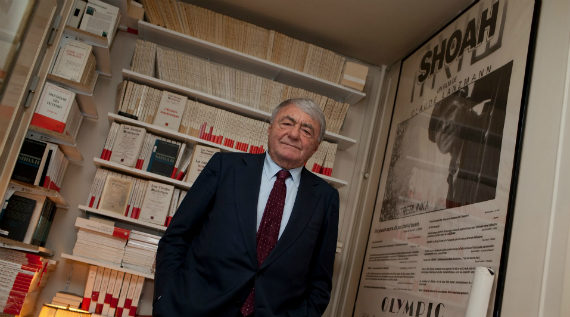 “This summer has been especially rewarding for documentaries,” wrote Rebecca Rubin in a new piece in Variety on the success of a trio of summer doc releases. She continues, “THREE IDENTICAL STRANGERS comes on the heels of a pair of sleeper hits, RBG and WON’T YOU BE MY NEIGHBOR?. It’s a rare summer where one documentary has already crossed the $10 million mark and a second non-fiction film is close behind. It’s even possible THREE IDENTICAL STRANGERS could complete the trifecta.”

In new theatrical releases, Kevin Macdonald’s bio-doc WHITNEY has been copiously written about, but wholly well received. In Rich Juzwiak‘s feature at The Muse he laments, “The film contains a staggering amount of pain—it’s almost unrelenting in the last hour. I left the theater rattled. I won’t go as far as to say it left a bad taste in my mouth, as I don’t believe the creative decisions behind such a bleak portrait were made in bad faith, but as a nearly lifelong fan of Houston, I’ve never had a less enjoyable time thinking about her than I did for the two hours I spent screening this film.” In The New York Times, Wesley Morris felt much the same, as did Guy Lodge in The Guardian. Michael Schulman also tried to unravel Whitney Houston’s complexities in The New Yorker, as Elias Leight listed 10 things they learned from WHITNEY in Rolling Stone.

Denis Côté’s body building doc A SKIN SO SOFT also found itself in limited release this past weekend, with Jeannette Catsoulis of The New York Times found respect for it, despite her displeasure. She writes, “Yet his long shots of the men, motionless and alone, express a melancholy and isolation that’s oddly touching. There’s no apparent joy in these painful exertions, and the occasional signs of a wider life — practicing kinesiology, getting lost inside a virtual-reality headset — fail to banish the movie’s disconsolate monotony. Even a neatly arranged shoe closet looks heartbreaking. Mr. Côté, though, knows what he’s doing, deliberately calling attention to the defenselessness and uncertainty beneath the men’s apparent invincibility.” Clayton Dillard came away with more at Slant, “The pleasure of Denis Côté’s A SKIN SO SOFT radiates not so much from its storytelling as it does from the meditative force of its formal construction. Surveying the muscular bodies and quotidian lives of six male Canadian bodybuilders through an arrangement of often wordless passages, Côté’s camera relishes the silence of daily moments when these physically hardened men put down their weights and become fundamentally human.” Additionally, at MUBI’s Notebook, Jorge Mourinha spoke with the French Canadian filmmaker about his new film.

Stephen Nomura Schible’s Venice debuted RYUICHI SAKAMOTO: CODA is also out in limited release thanks to MUBI, and has garnered some very positive attention from the likes of Ben Kenigsberg, who deemed it a NYT Critics’ Pick, and Jonathan Romney, who named it Film Comment’s Film of the Week.

Last week I spaced and forgot to mention that the new issue of Senses of Cinema is live and features a whole host of doc festival reports, including my own take on this year’s True/False Film Festival, Annie Berke‘s report from Full Frame, Matt Turner‘s piece on CPH:DOX and Carmen Gray’s globetrotting feature on various doc fests around the globe.

I’ll sign off this week with Sophie Brown‘s excellent piece at Sight & Sound that “considers six recent exemplars of nonfiction outreach and tenderness that might be a model for the worlds of palliative care they explore.” Until next week, if you have any tips or recommendations for the Memo, please contact me via email here, or on Twitter, @Rectangular_Eye.