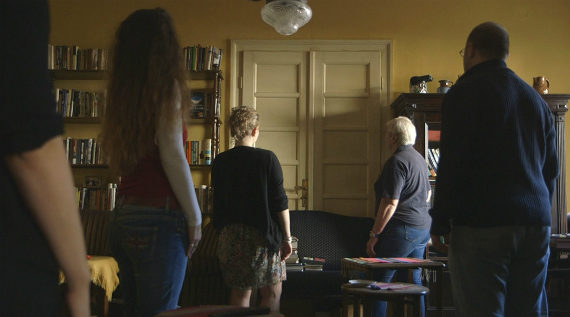 While the festivals were wrapping up all of their award announcements, the Film Independent Spirit Awards named their 2018 nominations, including those for Best Documentary: Lana Wilson’s THE DEPARTURE, Agnés Varda and JR’s FACES PLACES, Feras Fayyad’s LAST MEN IN ALEPPO, Ramona S. Diaz’s MOTHERLAND, and Jonathan Olshefski’s QUEST.

The Producers Guild of America also revealed their 2018 PGA Awards nominees for Outstanding Producer of Documentary Motion Pictures: CHASING CORAL, CITY OF GHOSTS, CRIES FROM SYRIA, EARTH: ONE AMAZING DAY, JANE, JOSHUA: TEENAGER VS. SUPERPOWER, and THE NEWSPAPERMAN: THE LIFE AND TIMES OF BEN BRADLEE. If you’re feeling like there are a couple of noms coming out of left field, you’re not alone, as evidenced by Anne Thompson‘s piece at IndieWire in which she notes, “Among the lauded documentaries left off the 2017 PGA nominations were Cannes documentary winner FACES PLACES, directed by Agnes Varda and JR, Heidi Ewing and Rachel Grady’s portrait of Brooklyn Hassidim, ONE OF US, and popular Turkish cat documentary KEDI. While the PGA’s feature nominees often align with Oscar contenders, that’s not so true for the documentaries.”

Jon Alpert’s long fermenting CUBA AND THE CAMERAMAN had its debut on Netflix on Friday after having its world premiere at the Venice Film Festival, gleaning substantive coverage from David Ehrlich of IndieWire, Kase Wickman of HuffPost, Sheri Linden in the Los Angeles Times, and Valentina I. Valentini of Variety. Other notable doc coverage included Manohla Dargis‘s review of BOMBSHELL: THE HEDY LAMARR STORY in The New York Times, Gabriel Bell‘s look at THE PILGRIMS in Salon, Richard Brody ruminating on JIM & ANDY: THE GREAT BEYOND in The New Yorker, Louis Bolling‘s feature on QUEST in HuffPost, Tony Pipolo on The Non-Actor program season at the Film Society of Lincoln Center in Artforum, and Mallika Rao speaking with Hari Kondabolu about his new film THE PROBLEM WITH APU in Vulture. At The Globe and Mail, Kate Taylor asked five filmmakers give their thoughts on the subject of decolonization, while Barry Hertz took a look inside Telefilm’s sea change to promote new Canadian movies. And finally, The Guardian’s Barney Ronay asked, “Are we entering a golden age for the sports documentary?,” while in The New York Times, J. Hoberman celebrated Icarus Films’s new DVD box set of eight Jean Rouch films.