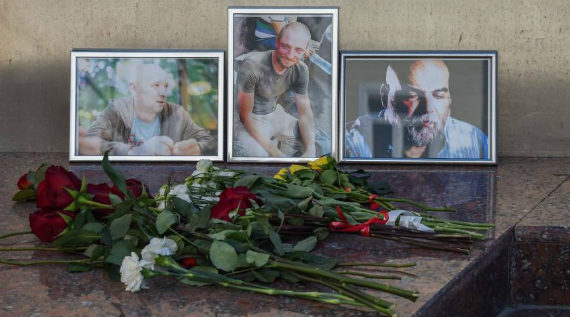 The most covered release of the week was Jenner Furst and Julia Willoughby Nason’s Jay-Z produced six-part REST IN POWER, which began its run on BET and the Paramount Network last Monday. The Guardian published both a preview of the series by Steve Rose and a warm review by Caleb Gayle, who concludes, “The series succeeds. It compels the viewer to contend with the micro- as well as macro-level impact of injustice along the dimensions of race. It treats carefully the impact of history on the present experiences of racial disparities, placing the victimized and marginalized at the center of the series’ narrative.” Sonaiya Kelley of the Los Angeles Times and Steve Greene of IndieWire both seem to agree, as did Aisha Harris in her interview with Jay-Z for The New York Times.

Other notable doc coverage included Kurt Soller‘s lavish feature in The New York Times on GENERATION WEALTH director Lauren Greenfield, Christopher Llewellyn Reed‘s review of THE SILENCE OF OTHERS at Hammer To Nail, Christopher Campbell‘s take on NOVEMBER 13: ATTACK ON PARIS for Nonfics, and Ann Hornaday‘s piece on FAR FROM THE TREE in The Washington Post. Plus, Little White Lies published two great pieces from Manuela Lazic on THE STAIRS and Glenn Heath Jr. on EL MAR LA MAR, as Ann-Derrick Gaillot celebrated MINDING THE GAP at The Outline, and Anne Thompson contemplated the possibility of JANE winning an Emmy this year for IndieWire.