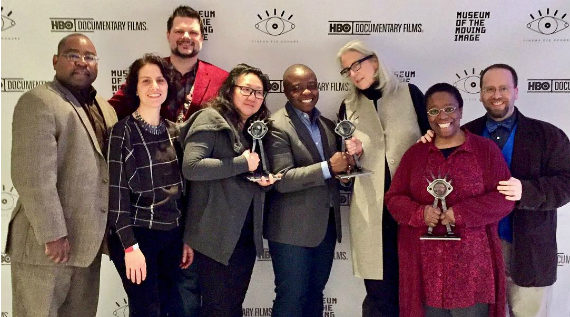 Back in 2015, The New York Times published Jonah M. Kessel’s short TASHI WANGCHUK: A TIBETAN’S JOURNEY FOR JUSTICE, which sees “a man take is concerns about the erosion of Tibetan culture and language to Beijing in hopes that media coverage and the court system will help reverse what he sees as a systemic eradication.” Kessel has returned to the Times with a new story revealing how China used his film as evidence against Tashi, who “was tried in court for ‘inciting separatism,’ a criminal charge that largely amounts to seeking independence from the Chinese state.”

In celebration of the PBS doc series POV’s 30th anniversary, the POV team spoke with Cara Mertes, former POV executive producer and now director of JustFilms at the Ford Foundation, about what it took to make a successful documentary series.

A wealth of new docs has appeared online in the last week, including Jennifer Brea’s Sundance hit UNREST (via Independent Lens), Andrew Ellis’ SAVING THE WILD HORSES OF THE AMERICAN WEST (via The New Yorker), Harvey Lilley’s new BBC doc on the queen called THE CORONATION, and a new NYT short titled TAKING A KNEE AND TAKING DOWN A MONUMENT. And following Eric Kohn‘s feature at IndieWire on how Frederick Wiseman’s EX LIBRIS became a call to cultural arms in 2017, the most exciting streaming news of the week comes from Dade Hayes at Deadline: Wiseman’s entire catalog will soon be wholly available for free via Kanopy, a streaming service provided by various public and collegiate library systems.

On another note, longtime supporter, volunteer and friend of Stranger Than Fiction is producing a new documentary. Joseph Schroeder is joined by executive producer Al Perlmutter and Director Micah Fink on THE POWER OF PROTEST. It chronicles progressive social movements preserving democracy in the Trump era and helping shape America’s future: movements such as Pennsylvania’s Lancaster Against Pipelines protest, Keystone, the Women’s March, Black Lives Matter, and the rallies to save Obamacare. The film is still in development and you can learn more about how to support the film on their kickstarter page.