Despite a cold slowing me down over the first few days (not the swine flu, I promise!), I finally hit my stride and caught a bunch of great docs at the Tribeca Film Festival. 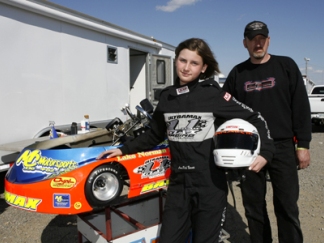 Marshall Curry’s RACING DREAMS was a delightful surprise.  I don’t think there is a subject I care less about than NASCAR racing, so I approached this film with a dose of skepticism.  Yet from the moment the film started, the next 95 minutes raced by as I became swept up in the film’s characters.  Curry’s film is about more than racing (which I admit I have a higher appreciation for after watching the film).  He also captures the fleeting transition from childhood to the teenage years in all its awkward glory.  He was joined by the film’s three subjects for the Q&A – who unanimously agreed that he did an excellent job showing what it was like for them. 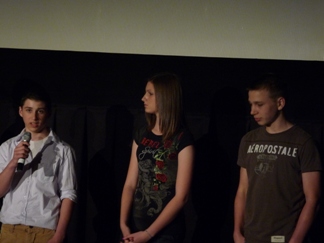 L to R: the film’s three protagonists Josh, Annabeth, and Brandon, who all compete for the World Karting Association’s national championship.  When asked what they thought of New York – Josh was amazed there was no race track, Annabeth was struck by how different it was from the cows and fields of her hometown and Brandon said the cab drivers were crazy. 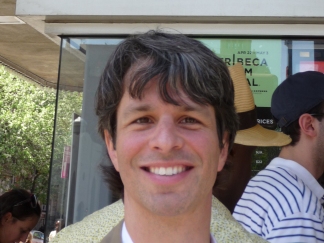 Director Marshall Curry (whose previous film STREET FIGHT won the Tribeca Audience Award in 2005 and screened in STF’s very first season) poses outside before the screening, on a beautiful spring day.