Sunday afternoon, the Tribeca Film Festival hosted a “Meet & Greet” at the Union Square Ballroom for journalists, filmmakers and other affiliates attending the festival.  It was a great way to meet old and new friends in a relaxed setting. 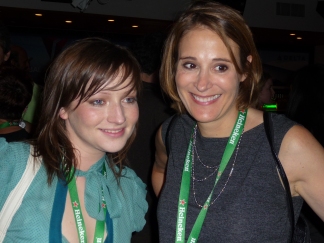 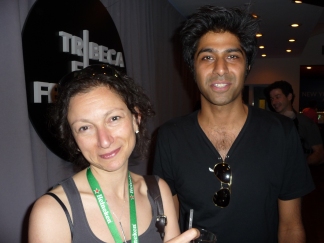 Director Liz Mermin (TEAM QATAR) and Sheffield Documentary Festival programmer Hussain Currimbhoy.  I remember Hussain from when my film MISS GULAG showed at his fest in 2007.  As for Liz – her earlier film OFFICE TIGERS showed at STF in Spring 07. 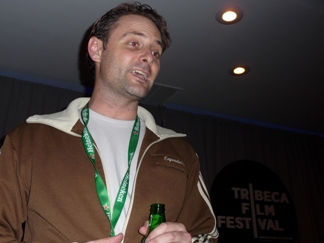 Director Gabriel Noble in an animated conversation about his film P-STAR RISING (which I plan to see tomorrow afternoon).