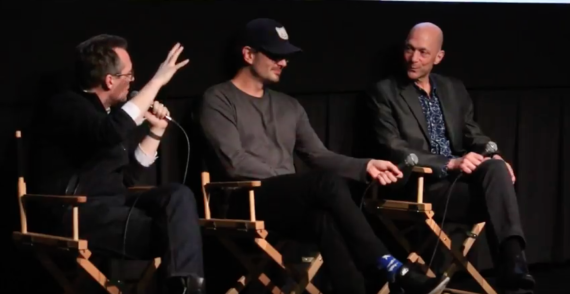 The bizarre magnetism of TICKLED is emitted from the ground it covers. It tracks, unveils, and delivers a nexus of truths and realities that are hitched to competitive tickling (you read that correctly). In a tickling competition, a man’s wrists and ankles are strapped down, and his underarms, belly, and all the flesh in between are vulnerable to, well, aggressive and unrelenting tickling by one to four men. Everything is videotaped. When Farrier expresses an interest in attending one of these events, he receives a threatening email from tickling organizer Jane O’Brien Media to stay away, because in no uncertain terms, homosexual journalists are not welcome at these events. Farrier says in the film, “It was a strange response, especially because it seemed kind of gay.”

Farrier and Reeve unearth an underground tickling empire, and the organizers are less than thrilled with any inquiry about the competitions, much less an investigation. Warnings to stay away and the threat of legal action commence. Farrier says, I’ve never heard threats like these in my life, and all over tickling.” The question then, was what were these people hiding?

Farrier and Reeve crossed the threshold and went down the rabbit hole. They interviewed tickled men willing to speak about their experiences, and learn that these men were compensated handsomely. Some were told it was an experiment for military research, i.e. tickle torture. Participants found this odd, but went along for the ride—it was good money. When one participant, TJ, sees a video online without his permission, he contacts tickle boss Debbie Kuhn to have it removed, emphasizing that he wants no part in any more of this. Crickets. He contacts YouTube and explains the video wasn’t authorized. YouTube removes the video, and new videos and fresh threats pervade the internet and every aspect of TJ’s life. For every ounce of energy TJ puts into fighting the defamation, he is met with exponentially more harassment. Participant after participant, the audience sees that the instant the tickle boss is told no, lives are ruined.

TICKLED delves into and uncovers the source of slander and misery that is wrapped up in these tickling competitions. Farrier proves himself a nimble guide, at once disarming and unflagging in his pursuit of uncovering the ramifications not of a fetish, but of a cruel game of destruction and power. And he is hilarious. He moves through the world with the dexterity of a seasoned footballer; relaxed in the way he receives and traps a question or a threat; adroit in the way he sees the whole of the field, and gifted in choosing the direction to take the ball next.

It turned out Farrier needed to take that ball to a attorney, and in town for a post-screening Q&A were Farrier and the film’s lawyer, Cam Stracher. Stracher answered and expounded on the inevitable legal questions that came up. In response to a compliment from the audience about the way Farrier handled himself in his investigation, he spoke to his American culture shock. “I was kind of fascinated to experience the system in America because generally in New Zealand we don’t sue each other, we sort it out, we have a conversation, and here in America you sue off the bat, and Dylan and I happened to stumble upon this person who happened to love suing and who happened to have this well of money…a super bad combination.”

TICKLED premieres on HBO February 27, along with a special follow up, The Tickle King, which expounds on the many questions that come up when dealing with an underground tickling empire. 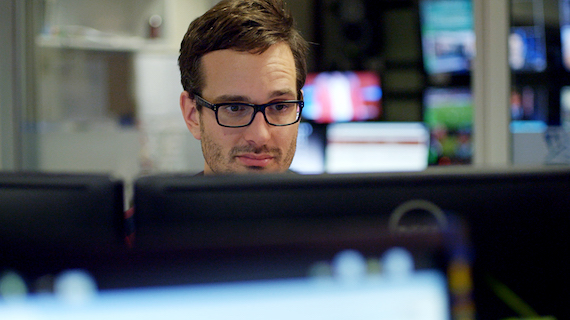