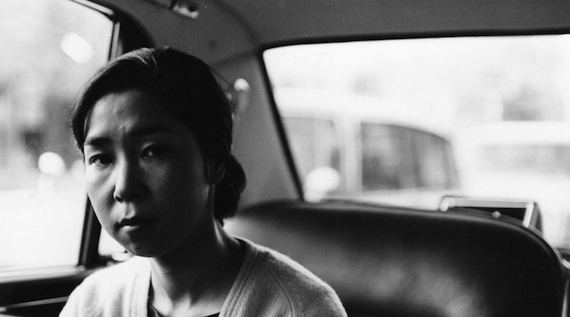 If A MAN VANISHES— a movie about a disappearance and the transformation of reality into an ever more mercurial mystery, a vertiginous drama and the very stuff of cinema — played at the Cannes Film Festival this year, it would have been hailed as a thrilling discovery. That surely will be the response of filmgoers lucky enough to see this 1967 masterwork from the Japanese director Shohei Imamura (1926-2006)…. Seemingly banal in its conceit, wildly startling in its execution, it tracks a film crew that, like a detective squad, investigates what became of an ordinary man.…

Years after Imamura made A Man Vanishes he said that he came away “feeling that fiction — no matter how close to reality — could never be as truthful as unmediated documentary.” – Manohla Dargis, New York Times

“The belated American release of Shohei Imamura’s 1967 A MAN VANISHES has sent critics scrambling to rewrite cinema history, as the explosively provocative film progressively and aggressively blurs distinctions between documentary and fiction. What begins as an investigation into a man’s disappearance soon takes off in one convoluted direction after another, continually shifting cinematic gears. Imamura’s square-framed, black-and-white imagery, in all its various stylistic incarnations, proves as compelling through the docu’s myriad detours as in any of his better-known psychological thrillers.” – Ronnie Scheib, Variety

“These days, anybody with a camera and a trickster’s sense of unreliable narration can make some noise. Imamura’s hybrid is quieter, more inquisitory. Even if you know where it’s going, even with its reiterative passages, A MAN VANISHES casts a spell. In its day, few precedents existed for the film’s approach: This was a few years after “L’Avventura” asserted that the one who goes missing isn’t the only real story afoot. Imamura prodded audiences to question everything laid out before them as truth.” – Michael Phillips, Chicago Tribune