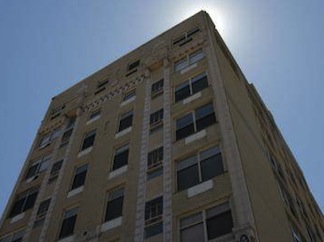 BATTLE FOR BROOKLYN is the epic and universal tale of one man under pressure, and how far he will go to save his community and his home from the private developers who want to build a basketball arena on top of it. Along the way, he loses a fianc&”233;e, falls in love again, gets married, and starts a family. Shot over the course of eight years and compiled from almost 500 hours of footage, Battle for Brooklyn is an intimate look at the very public and passionate fight waged by the Prospect Heights community to save their neighborhood from destruction.

Daniel Goldstein spent five years carefully looking for the perfect apartment. Not long after he had begun to settle in, he was informed that he and his neighbors would be cleared out to make way for the Atlantic Yards development project. This massive plan to build a basketball arena for the New Jersey Nets, and 16 skyscrapers, had been arranged by a private developer. This company, Forest City Ratner, claimed that the building of Atlantic Yards would provide jobs and additional housing, and that the arrival of the New Jersey Nets would be important to the community. In turn, Goldstein and a host of Brooklynites formed the group “Develop Don’t Destroy Brooklyn” to counter Ratner’s proposal and to expose misconceptions about the project.

The effort to stop the project pits Goldstein and his neighbors against Ratner and an entourage of lawyers and public relations emissaries, the government, and those residents taken in by the promises of jobs, housing, and a basketball team on their turf. Focusing on the Goldstein’s struggle to save his property from becoming center court, the film tells a story of the infuriating erosion of individual rights in the interest of corporate concerns and political maneuvering.


Get Tickets
Q&A with directors Suki Hawley and Michael Galinsky

Battle For Brooklyn: When Neighbors Take on Big Business