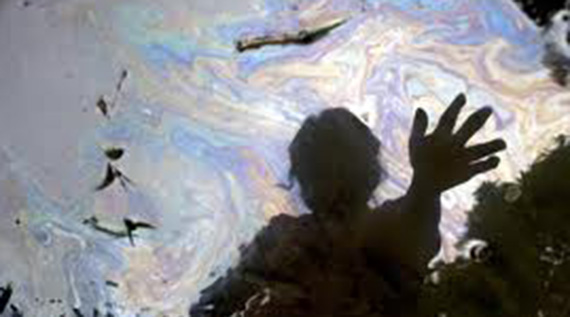 To support Berlinger’s legal defense fund and shine additional light on the issues at stake, this special CRUDE screening will feature a panel discussion with CRUDE filmmaker Joe Berlinger, Berlinger’s lead attorney Maura Wogan of Frankfurt Kurnit, documentary filmmaker Morgan Spurlock, and WGA, East President Michael Winship, among others. The panel will discuss Berlinger’s case and how it affects the roles and rights of documentarians and other independent journalists in today’s global community.

As many of you may have seen in the press, Chevron recently served a subpoena on the makers of the feature documentary CRUDE in order to obtain nearly 600 hours of raw footage accumulated during the making of the film. In May, a US District Court ruled for Chevron and ordered CRUDE’s director, Joe Berlinger, to produce the footage. In an effort to protect the footage, his sources, and his process, Berlinger immediately appealed. On June 8th Berlinger’s legal team won a stay of the District Court’s order. As a result, the district court’s May 20th order directing Berlinger to produce the footage will be suspended during the pendency of the appeal. A full hearing before the US Court of Appeals for the Second Circuit will take place in July.

Over the last several weeks, this case has made headlines across the country, and Berlinger has received an incredible outpouring of support from the film and journalism communities. Patrick Creadon and the IDA got the ball rolling, and open letters from the DGA WGA, as well as a friend-of-the-court brief from leading First Amendment lawyer Floyd Abrams on behalf of 13 major media companies followed. As eloquently articulated by many esteemed members of the press and independent film legends—from the editors of The Los Angeles Times to Michael Moore, Bill Moyers, Robert Redford and Norman Lear—a ruling in favor of Chevron would be a grave violation of Berlinger’s First Amendment rights and will undoubtedly have a chilling effect on documentary filmmakers and journalists worldwide.

CRUDE debuted at the Sundance Film Festival in January 2009 to overwhelmingly positive reviews, held its theatrical premiere at IFC Center in September 2009, and is currently available on DVD from First Run Features and Netflix. It has received numerous accolades including being named on of the Top Five Documentaries of the Year by the National Board of Review and Best International Green Film at Berlin’s prestigious Cinema For Peace. We hope you will join us for what will surely be a thought-provoking evening exploring the future of the foundation of documentary filmmaking.