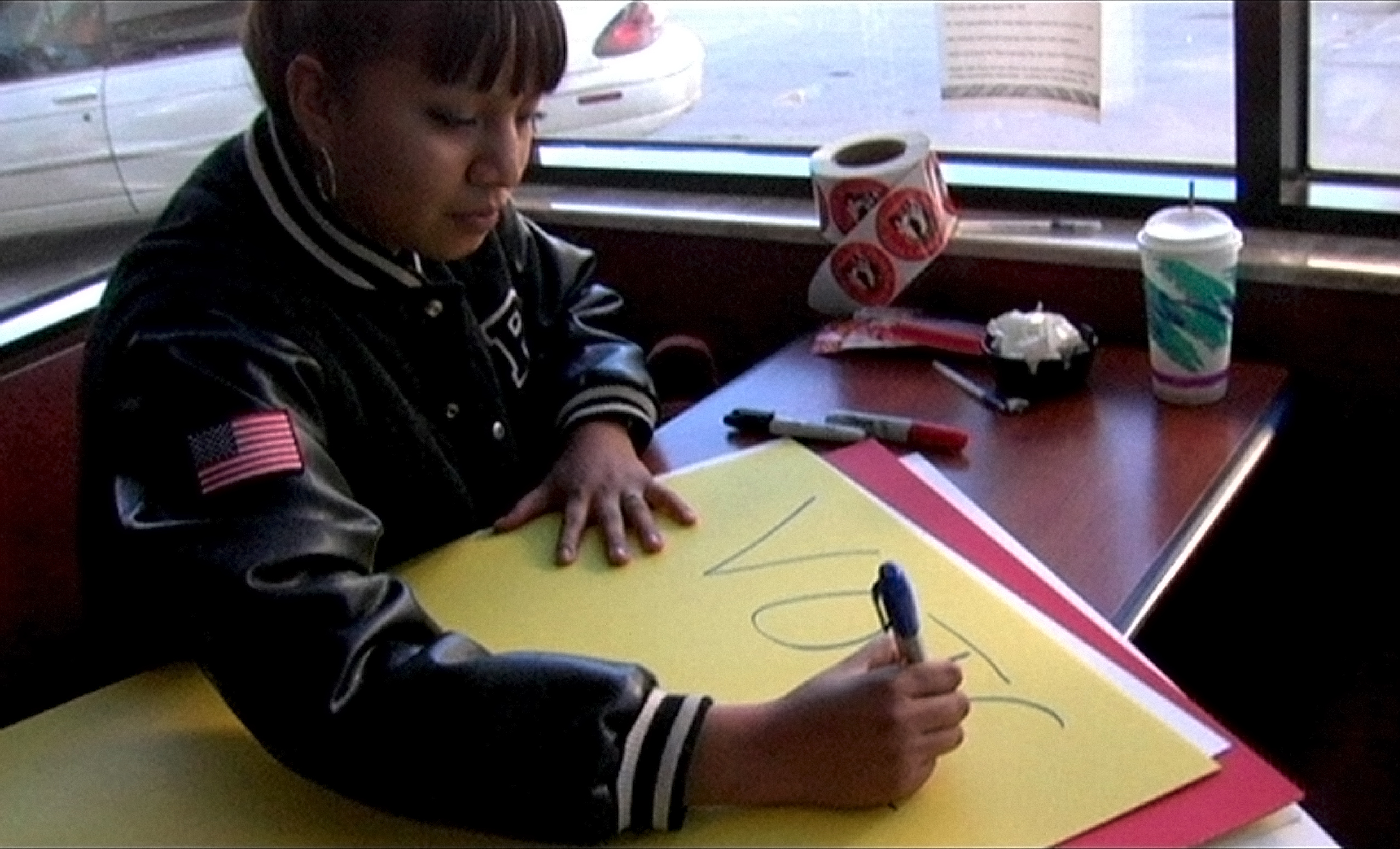 “Election Day is a film about the shining promise of democracy-and its often hollow reality.” -John Sayles, Filmmaker/Actor

ELECTION DAY follows an eclectic group of voters over one day, namely Election Day 2004, from the early morning until well after midnight. Capturing people from all walks of life, including an ex-felon voting for the first time at age 50 and a factory worker debating gay marriage with his co-workers, the film presents a glimpse of the real life stories that lie underneath the complex electoral process.

Jim Fuchs, a Republican poll-watcher, takes us on an energized ride through the precincts of largely Democratic Chicago, railing against the city’s “machine” politics. Rashida Tlaib of Dearborn, Michigan, mobilizes Muslims to vote. Eighteen-year-old Franny Fisher, of Stockholm, Wisconsin registers and votes at the same time in a one-room building staffed by her neighbor from down the road. Meanwhile, an international elections observer in St. Louis, Missouri is shocked to see voters waiting in line for two hours. A Native American activist works to get out the vote in Pine Ridge, South Dakota.

As these stories intertwine, audiences take in a portrait of American elections that is expansive, revealing and intimate. It is an entertaining and sometimes unsettling tapestry of the stories of citizens who are determined on one fateful day to make their vote count.