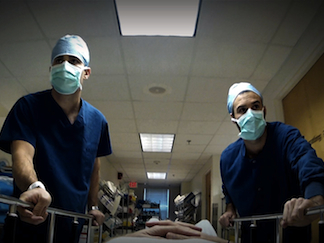 Directed by Matthew Heineman and Academy Award-nominee Susan Froemke, ESCAPE FIRE looks at a U.S. healthcare system designed to profit on disease not health, reward quantity over quality, and promote high-tech over high-touch. It interweaves dramatic personal stories with the efforts of leaders battling to transform healthcare at the highest levels of medicine, industry, government, and even the U.S. military. ESCAPE FIRE is about finding a way out. It’s about saving the health of a nation. Premiered at Sundance Film Festival 2012.