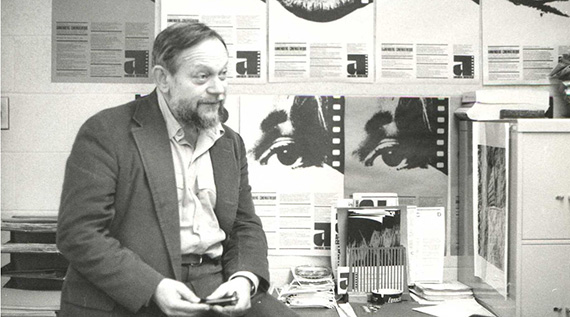 “A portrait of an unrepentant film radical who’s lived to see the wheel go almost full circle… A timely reminder of the gradual flattening out of film culture of the past two decades, from a time when intellectual curiosity still drove movie audiences.” (Variety)

Amos Vogel was a crucial figure in the development of film culture in the United States, especially for documentaries and experimental film. He started the influential film club Cinema 16 in 1947 and went on to launch the New York Film Festival in 1967 and to write the ground-breaking book Film as a Subversive Art in 1974. His efforts helped expand audiences for the work of Weegee, Werner Herzog, Maya Deren and many more. This insightful profile by director Paul Cronin (author of Herzog on Herzog) “goes to the heart of cinema and why it still matters.” (Daily Telegraph). Vogel’s colleague Jack Goelman, who’s interviewed in the film, will be on hand to discuss this ground-breaking period.

Click here for more about Amos Vogel and the film.