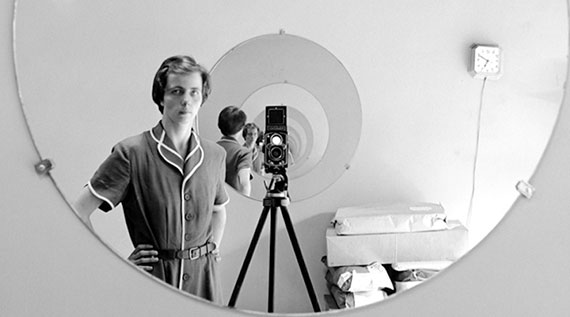 This intriguing documentary shuttles from New York to France to Chicago as it traces the life story of the late Vivian Maier, a career nanny whose previously unknown cache of 100,000 photographs has earned her a posthumous reputation as one of America’s most accomplished and insightful street photographers.

When Vivian Maier died in 2009 at age eighty-three, she left behind more than 100,000 negatives of her street photography — images that she’d scarcely shared with anyone. She had spent most of her adult life as a nanny with no spouse, no children of her own and no close ties. Her photographs and belongings were hidden in storage, until the rent came overdue and the facility auctioned them off. They might have vanished into obscurity were it not for the intervention of John Maloof, a twenty six- year-old amateur historian in Chicago, who purchased a box of her unidentified photographs and became obsessed by what he discovered.

In Finding Vivian Maier, Maloof teams with producer Charlie Siskel to uncover this mystery. Following clues, they trace Maier’s history through New York City, France, and Chicago. Maier was an inveterate wanderer and self-taught photographer, favouring a Rolleiflex twin-lens reflex camera, with an uncanny ability to get close to people from all walks of life. Her artful and comic eye calls to mind the photography of Berenice Abbott and Weegee. Thanks to Maloof’s efforts, critics and galleries have now rallied behind Maier’s work, and The New York Times recognized her as “one of America’s more insightful street photographers.”

But as Maloof meets people who knew Vivian, new questions arise about her life and work. The families who employed her as a nanny have mixed memories, and hint at her dark side. Would she have even wanted this attention? Answering that question depends on how you interpret different bits of evidence. Regardless, it’s a wonder to behold the world through Vivan Maier’s eyes.