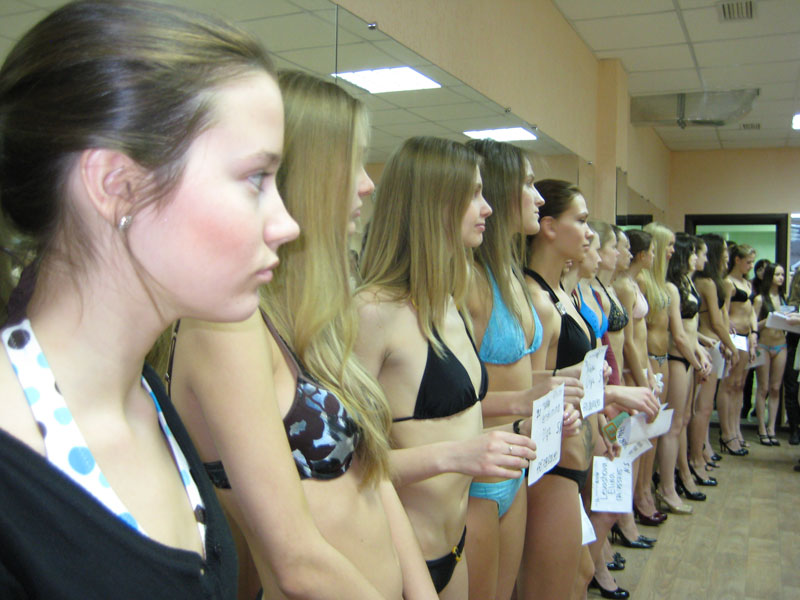 Girl Model shows a rarely seen side of the fashion industry. The film brings a novelist’s eye for emotional and psychological complexity to its portrait of two women. Ashley, an American former model, travels to remote Siberian villages to scout young teenaged girls for fashion shoots in Japan. We see her discover Nadya, a thirteen-year old blonde, who radiates the innocence coveted by Ashley’s clients. Like thousands of other Russian girls, Nadya sees modelling as the best chance to support her family. She feels lucky when Ashley’s agency offers a contract with guarantees. But as the film follows Nadya to Japan and Ashley on her further scouting trips, we see each one grapple with the kind of harsh realities that fashion magazines tend to ignore.

Filmmakers David Redmon and Ashley Sabin (a different Ashley from the one onscreen) demonstrate an intrepid ability to track an unregulated system, and go far beyond mere fact collecting. Their attention to poetic detail — in faces, interactions and environments — elevates the film to a work of art.

Beautiful bodies are ever present. As a scout, Ashley makes selections from hundreds of aspiring girls. Her livelihood depends on getting them at the youngest age possible — and on matching current tastes. The criteria “changes minute by minute,” she says, “and it’s based on nothing.” We glimpse brief excepts of a video diary she kept during her own modelling days in the late nineties, revealing her distress and disillusionment. In the present, she projects an array of contradictory feelings that range from calculated to confused, jaded to vulnerable. She struggles to find her way between the glamorous and grotesque. Her sentences often trail off in doubt or end with “I don’t know.”

After watching Girl Model, the viewer can’t pretend not to know something of the realities of this industry. You start looking at models with new questions in mind.

The founders of Model Alliance (Sara Ziff and Jenna Sauers) will join the Q&A.

Model Alliance is a not-for-profit organization that provides a platform for models and leaders in the fashion industry to organize to radically improve the conditions under which models work. Founded in 2011 by Sara Ziff, with the support of fellow models and the Fashion Law Institute at Fordham Law School, the Model Alliance is an industry group working to establish fair labor standards for models in the U.S.


Get Tickets
Q&A with directors David Redmon and Ashley Sabin and the founders of Model Alliance Sara Ziff and Jenna Sauers.

Girl Model: The Abuse of Innocence