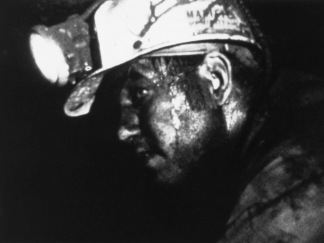 STF’s winter season closes with the acclaimed HARLAN COUNTY U.S.A. Winner of an Academy Award, this film has been named to the National Film Registry by the Library of Congress and selected one of the top five documentaries of all time by the International Documentary Association.

Harlan County, U.S.A. covers the efforts of 180 coal miners on strike against the Duke Power Company-owned Eastover Coal Company’s Brookside Mine and Prep Plant in Harlan County, Kentucky in 1973. Kopple initially intended to make a film about Kenzie, Miners for Democracy and the attempt to unseat Tony Boyle. When miners at the Brookside Mine in Harlan County, Kentucky, struck in June 1972, Kopple went there to film the strike against Duke Power Company and UMWA’s response (or lack thereof). The strike proved a more interesting subject, so Kopple switched the focus of her film.

Kopple and her crew spent years with the families depicted in the film, documenting the dire straits they find themselves in while striking for safer working conditions, fair labor practices, and decent wages: following them to picket in front of the stock exchange in New York, filming interviews with people affected by black lung disease, and even catching miners being shot at while striking.